BELGRADE -- In recent days, epidemiological situation in Serbia has deteriorated sharply, so a session of the Crisis Staff is scheduled for Wednesday at 8 o'clock.

BELGRADE -- In recent days, epidemiological situation in Serbia has deteriorated sharply, so a session of the Crisis Staff is scheduled for Wednesday at 8 o'clock. 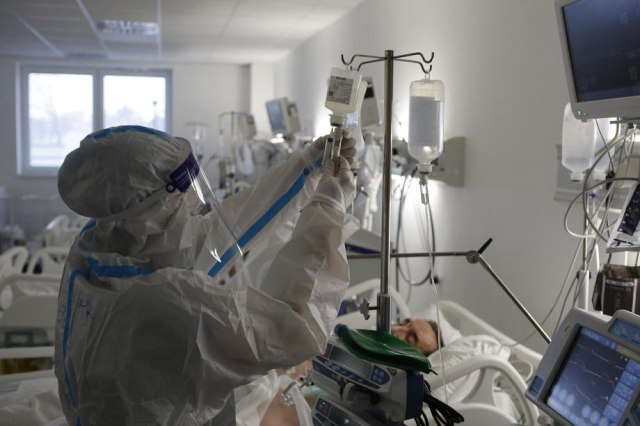 Epidemiologists warned about such a sequence of things even before the extended weekend due to the national holiday of Sretenje.

"All the data for the weekend are not relevant, there is always less testing for the weekend and the holiday, but we will have a situation during the week when that number increases," said Professor Dr Branislav Tiodorović, epidemiologist and member of the Crisis Staff.

According to him, in this "first phase", during this week, a rigorous control of compliance with the measures will follow, as well as the closure of bars and cafes that do not respect the measures.

"If that does not give a result in the coming days, the working hours of catering facilities will be shortened," said Tiodorović. Dr Tiodorović has been announcing the tightening of current measures for some time now, when the number of patients in Serbia has suddenly started to grow. However, as he says, shortening the working hours of cafes will not bring any effect if they do not respect the rules of gathering and organizing parties, so he sees a greater effect in increasing control.

"What I see as a bright spot is really more rigorous control and application of all legally allowed forms. Communal militia and police assistance have been very strongly involved, but the situation is different than we had in November and December, not to mention July, which took many lives", reminds Dr Tiodorović.

"Measures should have been tightened earlier"

Professor Tiodorović pointed out that the measures should have been tightened earlier, in those cities and settlements where we have a significant increase, and those are primarily Vranje, Kraljevo and Arilje. As he says, Belgrade does not consider it alarming, as we should not base a complete picture and project measures based on absolute figures.

"It doesn't matter if we have 1.000 positives, and so many are not hospitalized, in a city with 2.5 million inhabitants. It's not the same as in Arilje or Kraljevo, and they are always at the top, or this with Vranje, which has been problematic for ten days", Dr Tiodorović said. He also notes that we are facing a wave of growing number of positive ones, mostly young people who will find it easier to bear it, and after that the older ones who will feel the more serious consequences.

"We will see what position the Crisis Staff will take in terms of tightening the measures, we from the medical part will certainly take a sharper position, which corresponds to the current epidemiological situation," Dr Tiodorović emphasized.