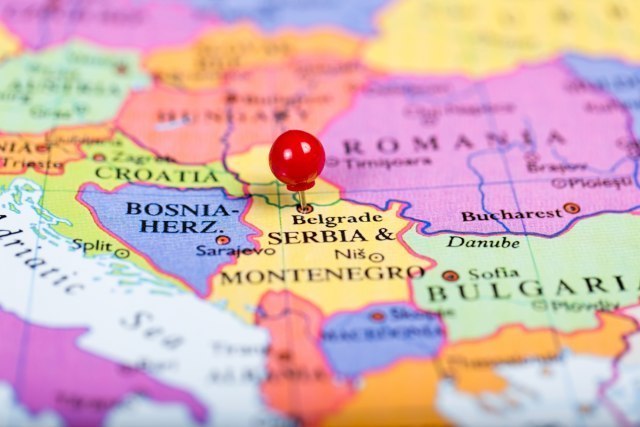 Explaining this thought, he said the Western Balkans could become a new multiethnic entity made up of "six states", closely linked to the EU, headed by Belgrade.

"That will not exactly be a new Yugoslavia, which was a product of its time; but the facts on the ground will compel Biden to return to the logic of the recent past and push for the creation of its 21st century incarnation – a new EUgoslavia", Less writes in the author's text for "Opendemocracy.net".

As to why Belgrade would be at the head of that multiethnic entity, Less explains in the text for that British political site by the fact that "Serbia has restored its position as the foremost state in the Balkans following the emergence of a strong leader who ended the chaos of the 2000s, and a period of structural reform which has harnessed Serbia’s inherent advantages as the region’s largest economy and natural center of gravity".

Less also points out that "Serbia has also engaged in some shrewd diplomatic maneuvering that has allowed it to leverage the support of various non-western powers which want a presence in the Balkans – Russia to buffer itself against western expansionism, China for economic reasons and Turkey as part of its bid for great power status".

That, he adds, has strengthened Serbia's position in relation to the United States.

"If President Biden wants to stay true to the long-standing American goal of establishing some kind of durable settlement in the Balkans that allows its internal development and external integration with the West, he must work within the parameters of this new reality", Less pointed out.

He estimates that there is no doubt that the Biden administration will want to cancel what former President Donald Trump did, but that, faced with the situation on the ground and the new reality, he will have to continue where its Republican predecessor left off.

One of the elements of Trump's approach, which Biden will have to preserve, as Less states, is the initiative to establish a regional economic zone in the Western Balkans, i.e. mini-Schengen.

According to Less, the Biden administration will see that Serbia supports such an economic union, as well as other countries in the Western Balkans, including Albania.

"A project that gives Serbia a leadership position in the Balkans may be enough to persuade Belgrade to recognize Kosovo’s independence without insisting on its partition – and downgrade its relations with Russia, Turkey and China," Less said.

This expert from Cambridge reiterates that some in the Biden Administration will chafe at the idea of "rewarding" Serbia in this way, but as he points out, faced with the political reality on the ground will leave it with little other option.

According to Less, the key to Biden's approach will be, above all, the interest of the United States, and not the assessment of who would gain more or less by establishing an economic union in the Western Balkans.

"By running with this policy, the Biden Administration will not only pick up where Trump left off but will revive the strategy of the great powers in the twentieth century as they deliberated what to do with the disparate collection of nations which emerged from the breakup of the Ottoman Empire and then repeatedly fought each other to establish nation states", Timothy Less believes.

"The determination made after the First World War, and again at the end of World War Two, was that the stability of the region depended on gathering up the various peoples into a larger, internally borderless entity under the overall stewardship of Belgrade, the capital of the region’s largest nation and its natural political center. A hundred years on, this strategic logic has not changed", Less concluded.