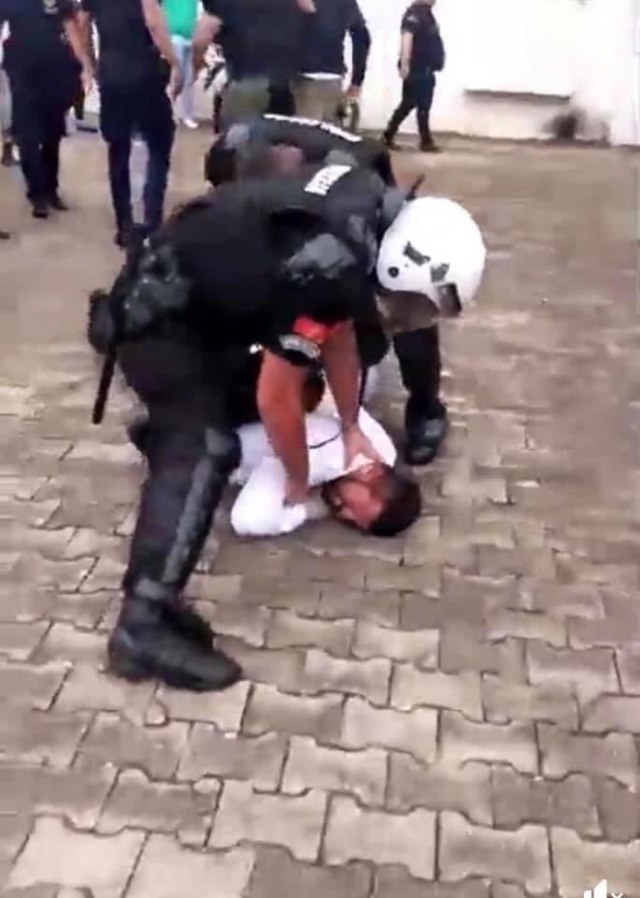 Special units and police patrols are located at almost every city intersection, Sputnik reporter informs. The main highway is blocked for traffic, and the police are redirecting vehicles so that it is not possible to pass through Budva to Jaz and further in the direction of the Bay of Kotor.

There are several hundred citizens in front of the Security Center, and the police forces cordoned off that building, as well as the municipality, which is about 50 meters away.

Sputnik reporter states that the citizens are revolted, as they say, by the brutal force that the police used during the arrest of the municipal leaders. Some eyewitnesses claim that the police beat up the detained local politicians, and an ambulance drove someone in the direction of Kotor under rotation.

In the meantime, the deputies of the Democratic Front and the Democratic Party managed to join the citizens. Former mayor of Budva, Dragan Krapovic, is also with the citizens, who said that it was unheard of for the police to strangle people with the knees on their necks, like the American police did to George Floyd.

Currently, the situation in the city is extremely tense, according to Sputnik.

Namely, earlier today, Marko Carevic and Krsto Radovic, the president of the Budva municipality and the president of the local parliament, were arrested. RTV Budva reported that, in addition to Carevic and Radovic, the manager of the municipality Milo Bozovic, the secretary of the Secretariat for Investments Mladen Mikijelj, the head of the cabinet of the mayor Nikola Jovanovic, as well as Carevic's brother and son were also detained.

It is also stated that the police took the member of the opposition DF, Djordje Vujovic, out of the building and also arrested him.

Prior to the arrest, the police, they added, tried to introduce an Administrative Inspection in the Municipal building.

"The police used chemical means, and the windows on the municipal building were broken", RTV Budva reports.