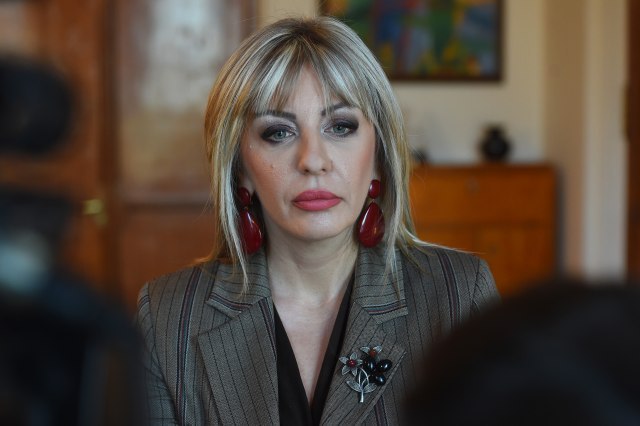 Namely, Minister for European Integration Jadranka Joksimovic told the Serbian state RTS that Serbia will not have to continue its accession to the European Union under the new methodology adopted by the European Commission. Joksimovic added that the new methodology was drawn up for North Macedonia and Albania, which last year did not get the green light to start accession negotiations.

"This proposal for a methodology is just about to be harmonized between the EU member states. There is a period of agreement between the member states whether such a proposal will be fully accepted or if there will be some minor changes", Joksimovic said.

"We need to analyze everything very carefully. The part relating to financial incentives is vaguely presented. This advanced economic plan for the Western Balkans will be presented, before the Zagreb Summit, by Neighborhood and Enlargement Commissioner Olivér Várhelyi, who is coming to Belgrade today," she explained.

The minister pointed out that the new methodology does not offer shortcuts, which Serbia has never sought.

She reminds us that we are negotiating on a strict methodology and that the new methodology only formalizes things that are already happening in practice.

Asked what Serbia needs to do to be politically well-regarded, Joksimovic said that everything revolves around fundamental Chapters 23 and 24.

"We are the only country that was among the first to open Chapters 23 and 24. We cannot open new chapters unless there is progress in the progress report in Chapters 23 and 24 - Rule of Law, Judicial Reform, Fight against Corruption, Organized Crime, Freedom of the Media", Joksimovic said.

“We have not been included unless we agree to it,” she said. “We have demonstrated that we have the capacity for reforms and integration. EU negotiations started in 2014, the first chapter was opened in 2015,” she recalled.

The minister said that Serbia will assess whether to change methodology based on the new methodology’s economic plan.

Of the 35 chapters, Serbia have opened 18 so far, which, according to the new methodology, are grouped into six clusters, by relevance.

"Serbia has opened individual chapters from almost all clusters except this one concerning the green agenda and infrastructure connectivity. We have three saved negotiating positions here - energy, transport and environment...", she said.

The minister reminded that Serbia opened 18 chapters at a time when enlargement policy was highly unpopular and implemented by a strict methodology, according to which no country negotiated.