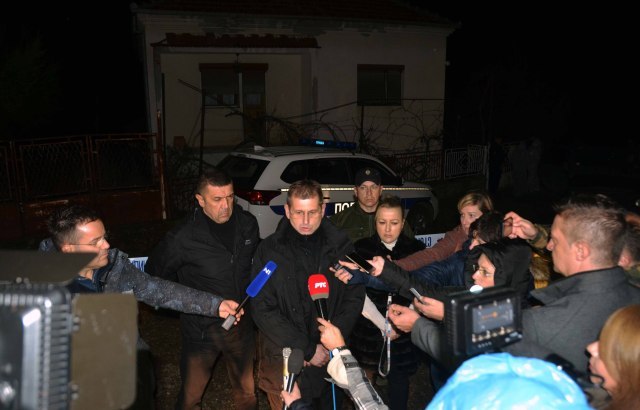 Monika's disappearance was reported as early as Friday afternoon, but despite efforts by police and locals, she has not been found yet.

It was announced yesterday that the Ministry of the Interior is searching for a man in connection with Monika's disappearance, who will turn out to be a convicted pedophile and a rapist whom the public remembers by the nickname the Barber of Malca.

According to the latest information, the search for Monika and Jovanovic has been extended to some other villages around Knjazevac since the early hours of the morning, and another 100 Gendarmerie members have arrived, so that there are now about 300 police and Gendarmerie members joining the search.

The interior ministry released a video last night of a hideout in Oresac near Knjazevac, which is believed to have been used by the suspect Ninoslav Jovanovic to hide a kidnapped girl from Nis, Monika Karimanovic.

Police Director Vladimir Rebic said last night in Oresac that more than 220 police officers are intensively searching for Monika. Rebic said he believed police would find the girl soon, adding that the search continued into the night.

"Ever since the mother reported her disappearance, this is an absolute priority in the work of the Ministry of the Interior. The search has involved members of police departments in Nis and Zajecar, Helicopter unit, Gendarmerie, dog trackers, and thermal imaging cameras. We have used all available resources, both human and material, and we continue to use them to find a girl", Rebic noted.

Heads of police departments in Nis and Zajecar with their police officers, as well as the most experienced operatives from the headquarters of the Ministry of the Interior, were with the director of police in Orešac.

Rebic recalled that Jovanovic, who was imprisoned from 2006 to 2018 for sexual offences, was arrested by police only days after leaving, because he had sent inappropriate content on social networks.

He has been in custody until March this year.