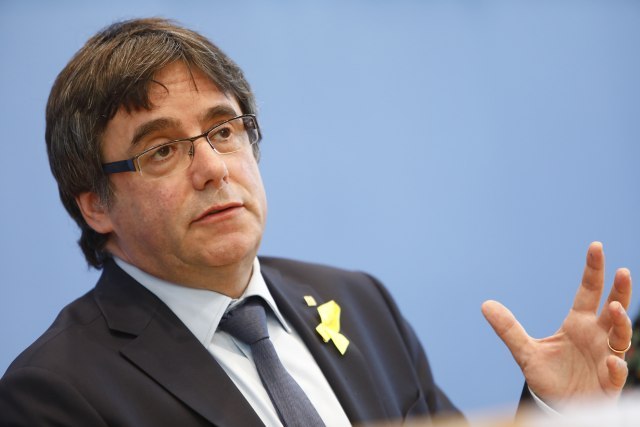 Puigdemont is on a wanted warrant in Spain for holding a referendum on Catalonia's independence two years ago.

The protests against that referendum came not only from Madrid but also from Brussels.

The then leader of the European Commission, Jean-Claude Juncker, said it would be impossible to govern the European Union if it had 98 members, a figure he had foreseen if Catalonia were allowed to do what it wanted.

"We were told that accepting Scotland, Catalonia and Flanders would be too complicated. We could come to terms with it, but at the same time the EU was striving to expand the number of Member States from 28 to 32. They negotiated with Kosovo, Albania and North Macedonia about their joining", Puigdemont said in an interview with former Ecuadorian President Rafael Correa.

The difference between the two cases is that the latter three countries are internationally recognized. Albania and Northern Macedonia are sovereign states, while Kosovo's status is controversial, Russia Today reports.

Puigdemont added that the peaceful way of fighting for independence he and his supporters had pursued should serve as an example. Otherwise, "the only way to gain independence is to wage war and enter into war conflicts, followed by the intervention of the international community, as was the case in Yugoslavia".

The Spanish Government, he said, did the opposite when it decided to use force in ending the fight for Catalonia's independence and condemning the region's leaders.

Carles Puigdemont recently surrendered to the Belgian authorities, but refused extradition to Spain.