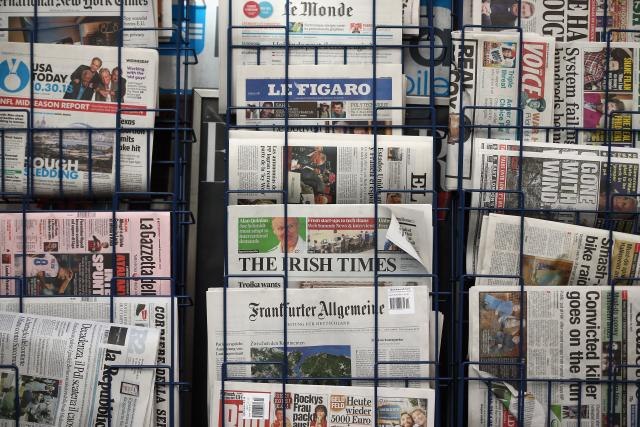 Thus, daily 20 Minutes writes that relations between the two countries deteriorated on November 11 this year, during a ceremony in Paris marking 100 years since the end of WW1, and that the reason was "a failure in the protocol" - adding that after that, "many Serbs opposed Macron's visit to Belgrade."

Many Serbs, according to the French newspaper, after that event, pointed out that their country had the highest number of victims relative to its population the First World War, while fighting primarily shoulder to shoulder with the French on the eastern front.

The article also states that the refusal of France to extradite Ramush Haradinaj to Belgrade in April 2017 - whom the Serbian judiciary prosecutes for war crimes committed during the 1998-1999 conflict in Kosovo -"had already awoken anti-French feelings among Serbs, albeit to a lesser extent."

It is added that "many Serbs" have not forgiven France for participating "in the Western air campaign in 1999 (NATO bombing), aimed at ending the conflict in Kosovo and forcing Serbian authorities to withdraw troops from their southern province."

"This NATO-led operation remains a deep humiliation for many Serbs. This cooling in relations (with France) has been accompanied by the weakening of economic ties," the paper said.

At the same time, the article indicates that this will be the first visit by a French president to Serbia since Jacques Chirac came here in 2001, a few months after the fall of Slobodan Milosevic.

It adds that there are about a hundred French companies in Serbia, employing around 10,000 people, but that France is only at number 10 on the list of exporters, and among the top 10 importers, and that, "unlike Germany or Italy, France is a minor trade partner (to Serbia)."

Daily La Croix also writes about Macron's upcoming visit, counting it among "the three key international meetings of the French president this week" - in addition to the Yemeni talks and British parliament's debate on Brexit.

This paper states that the French president is coming to Belgrade "to mark the centenary of the end of the First World War, to his ally from that period, whose president (Vucic) assessed that he was poorly treated in Paris at the November 11 ceremony."

The daily also states that Vucic promised "a grand welcome to Emmanuel Macron, to show him what Serb hospitality is like, and how Serbs understand friendship."