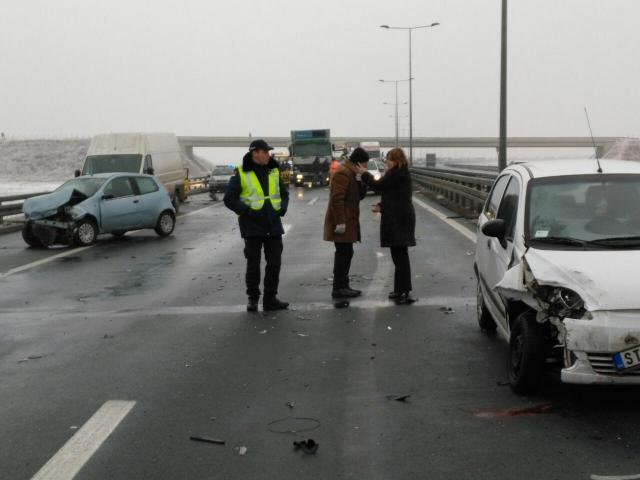 B92' reporter said this morning that the victim was the driver of a van whose vehicle was not involved in the pileups, but who stopped to help passengers in a car that had veered off the road and crashed into an embankment. However, another car hit the man and killed him instantly.

Another man was critically injured in a pileup that happened some 300 meters down the road.

A total of four persons have been taken to the Medical Emergency Center with injuries, the Interior Ministry (MUP) said, while traffic had to be suspended on the road where the accidents happened, resulting in kilometers-long lines of vehicles.

In separate traffic accidents on Wednesday morning, an ambulance on its way to the scene in Batajnica caught on fire on the Belgrade-Zagreb highway.

Only the driver, who was unharmed, was in the vehicle at the time. The cause of the fire is still unknown.

There was another pileup on the Ibar Highway near Sopici. One person was injured and traffic suspended there as well.