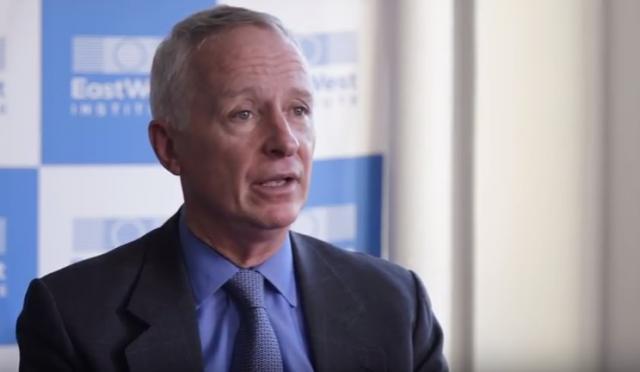 In an op-ed penned for Strafor, Munter argues that changes and reforms in the region can only happen from within - but that support from global players is important.

The Balkans is not mentioned there - even if, "through it all, it has been easy to forget that, not so long ago, much of the world's attention was fixed on it."

However, he remarked, many problems remain unsolved in this region.

"The Dayton Accords that ended the Bosnian war in 1995 provide a rickety and often unworkable structure for self-governance; Serbia and Kosovo have not yet reconciled, a necessary step if both are to achieve their self-proclaimed goal of membership in the European Union; domestic challenges still linger in Macedonia and in EU member state Croatia; and the region's best and brightest are leaving in search of opportunity elsewhere. Meanwhile, the region's enormous potential for economic devolvement, from tourism to innovation in information technology, is being explored only marginally," Munter said.

According to him, geopolitical problems and ethnic tension are once again surfacing in the Balkan and are creating potential danger for the region.

"The question is, will Western leaders take notice and step up in time? The good news is there's hope for progress, and in this case, it starts with the economy. The Western Balkans need economic support, as was made clear at a recent meeting of the Berlin process adherents in Trieste, which focused on regional economic integration," Munter wrote.

But - observed the former US envoy to Serbia - "external parties" are also "making a mark on the region's economies":

"China, for instance, has shown significant interest in investing in the Balkans' infrastructure as part of its Belt and Road Initiative - an ambitious, multinational program that has become a policy priority for Beijing. China already has had a discernible impact on several projects in the region, including a high-speed rail line connecting Belgrade and Budapest; the Adriatic highway, which will link Albania, Montenegro and EU members Greece and Italy; and the port of Piraeus, which a Chinese company has purchased to create a shipping route from Greece through the Western Balkans to EU markets."

"But now, more than ever, the Balkans are interested in engaging more closely with the West to help address the region's budding problems," said Munter, and added:

"European leaders, most notably Germany, continue to watch the region as Russia maintains its presence - to the consternation of some observers - in Serbia's energy sector. Despite its often-difficult relationship with the region, the United States will need to make its presence known there once again. After all, Washington has considerable interests in the Balkans, particularly the NATO-led Kosovo Force and foreign direct investments. Moreover, it is equally important that the people of the Balkans have a clear and accurate understanding of the consequences of the rising influence of China, which will be active in the region for years to come."

According to him, it is important to understand that "foreign actors are not the panacea to the region's emerging issues."

"Rather, it's crucial that not only governments but also key societal players in the Balkans - from businesses to universities to nongovernmental organizations - work with outside forces to help shape the future of the region. Resolution begins from within. Indeed, some measure of hope can be taken from the fact that Belgrade and Pristina have opened a dialogue intended to ease tension between them. Meanwhile, Macedonia's new government, which rose to power in June, has already made great strides in improving relations with its neighbors by addressing possible solutions to a dispute with Greece over the recognition of Macedonia's name; by pledging increased cooperation between Skopje and Tirana; and, after two decades of negotiation, by signing a friendship treaty with Bulgaria," Munter wrote.

Nevertheless, he added, "this progress will need to accelerate as other problematic developments, including heightened flows of migrants to the region from Africa and the Middle East, exacerbate the rise of the Muslim, Croatian and Serbian nationalist voices that underpin ethnic and social discontent."

"The Balkans could still prove to be a surprising success story in the years ahead. But as the region drifts beyond the attention of prominent global leaders, its chances of sinking back into the instability of its past will only increase if the world continues to watch from the sidelines," Munter warned.