Vucic: Curfew will be extended VIDEO

In his address, Serbian President Aleksandar Vucic announced that the curfew in Serbia will last longer, but that more will be discussed over the weekend 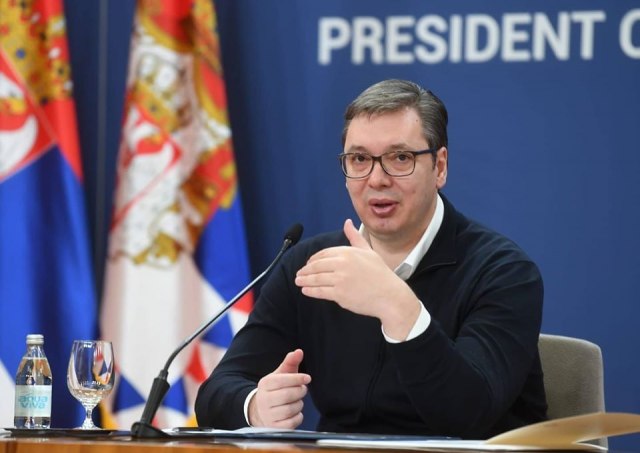 "Curfew will not only be from 8 pm until 5 am," the President points out.

"We have exceeded the figure of 100 infected, out of which 55 are in hospital, 6 are in serious condition and are on respirators," says Vucic.

"We expect in the days and weeks to come a further accelerated increase in the number of those infected. Our capacities are almost full at the Clinic for Infectious Diseases. We are moving to Dragisa Misovic Hospital", the president said, adding:

"Two patients were released because they twice turned out to be negative. But many, many more are coming."

"The hospitals are getting fuller, the doctors are being heroic. The military and the police are doing a very good job and I believe we will be able to help the doctors, even though they are very tired," he said.

Three more are expected to be released tomorrow if they prove negative for the second time.

"Why did I say this number of 100 is important? That's because in several countries it has started to increase geometrically since that moment. You can control it harder, it happened in all countries. An hour ago in Belgrade we were able to control it, we were delivered seven Swedish-made respirators".

"All border crossings are closed and no one can enter the Republic of Serbia except for trucks," the president said.

He asked people to respect the prohibition on movement.