The election for the throne begins; Bishops arrived PHOTO / VIDEO

The Holy Synod of the Serbian Orthodox Church, at which a new patriarch is being elected, began with a liturgy, at 9 am, in the Temple of Saint Sava, in Vracar. 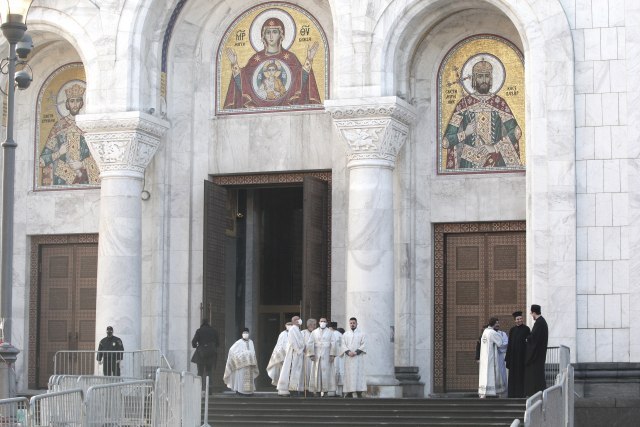 The liturgy will be led by Metropolitan Chrysostom of Dabar-Bosnia, accompanied by other bishops, who, as the oldest member of the Synod, also has the title of guardian of the throne until a new head is elected.

The session of the Assembly will be held in the crypt of the Memorial Church of Saint Sava in Vracar "according to the procedure determined by the Constitution of the Serbian Orthodox Church and the canons of the Holy Church", the Patriarchate announced.

As it was also stated, "the presence of the media at this event is not planned, and after the end of the session, an official press release will be issued."

The assembly is being held at the expiration of the period of three months, since when Patriarch Irinej passed away, due to the coronavirus infection. According to the Constitution of the Serbian Orthodox Church, this period of time is allowed to pass until the election of a new head.