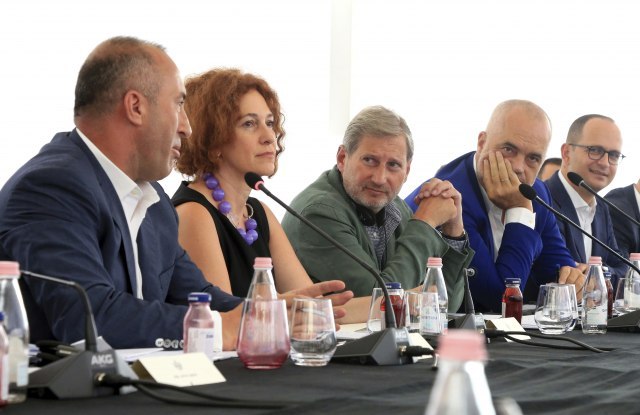 As Associated Press (AP) reports, a similar meeting was held in the same place last year.

Main topic of this year's meeting is "regional economic integration " which includes discussions about developing joint vision for aligning with the EU, the implementation of a regional economic zone and other issues, AP reports.

It is stated that Prime Ministers of Serbia and Bosnia and Herzegovina didn't show up in person but instead sent high representatives.

Western Balkans countries are at different stages in the process of joining the EU.