The International Court of Justice (ICJ) has rejected a request to revise the ruling in the case of Bosnia's genocide lawsuit against Serbia. 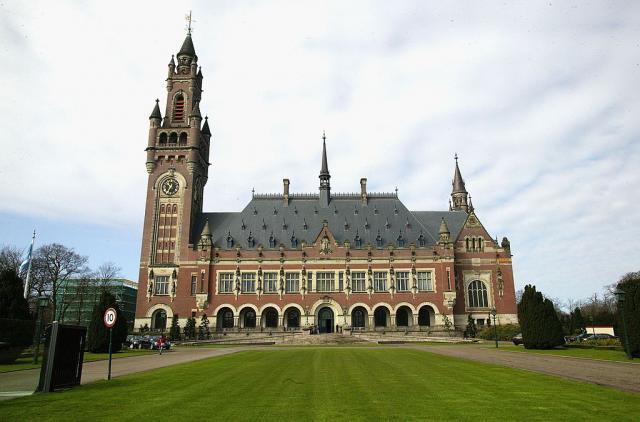 Chairman of the Presidency of Bosnia-Herzegovina Mladen Ivanic, who represents Serbs in the tripartite body, confirmed the news for Tanjug.

"It's true, " he said on Thursday afternoon.

ICJ's 2007 ruling found that genocide had been committed in Srebrenica, but that Serbia was not guilty of participation or complicity.

The ICJ's decision is "absolutely the right one, as any other decision would have seriously endangered the functionality of BiH, further escalating tensions in its relations with Serbia," Serbian President Tomislav Nikolic said late on Thursday.

Threatening the functionality of Bosnia-Herzegovina and heightening tensions with Serbia is not needed by anyone, "now, or ever," Nikolic noted in a statement carried by Tanjug.

The ICJ informed Sakib Softic in May of last year that he was no longer considered an authorized agent of Bosnia-Herzegovina.

According to Tanjug, this is contained in a statement issued by ICJ President Judge Ronny Abraham.

The statement said that the court's Registry previously received a letter from Softic dated May 25, 2016, in which he inquired whether his appointment as the agent of Bosnia-Herzegovina in the case was valid for the initiation of proceedings for revision of the 2007 judgement.

"By letter dated May 26, 2016, the Registrar informed Softic that a new appointment would be required," Abraham continued.

However, "no document attesting to the appointment of Softic for the purposes of proceedings for the revision of the 2007 judgment has been received by the court," he added.

In their communications, Ivanic and Crnadak "gave their views on the possible filing of an application for revision of the court’s judgment of February 26, 2007."

"In particular, they both noted that 'there is no decision adopted by the Presidency of Bosnia-Herzegovina' regarding the institution of new proceedings before the court, or a decision to provide new authorization to Sakib Softic, the former agent in the Bosnia-Herzegovina v. Serbia and Montenegro case, 'or anybody else to act as an agent of before the International Court of Justice'," the statement said.

The ICJ received three letters: from Ivanic, who currently chairs the Presidency, and other two members of the tripartite body, Dragan Covic and Bakir Izetbegovic.

In his response, Ivanic, who represents Serbs, said that “no official institution of Bosnia-Herzegovina made a decision to initiate the revision of the judgment of the International Court of Justice.”

According to the statement of the ICJ president, Izetbegovic, who represents Bosniaks (Muslims), wrote that "the decision taken on October 4, 2002 to appoint Softic as the agent of Bosnia-Herzegovina in the case of Bosnia-Herzegovina v. Yugoslavia 'remains valid and in force' and that 'the application for revision, which was delivered... on February 23, 2017, squarely falls within the mandate granted to Softic as... agent'."

"The court duly examined the various communications described above. The court considered that their content demonstrates that no decision has been taken by the competent authorities, on behalf of Bosnia-Herzegovina as a state, to request the revision of the judgment of February 26, 2007 in the case concerning the Application of the Convention on the Prevention and Punishment of the Crime of Genocide (Bosnia and Herzegovina v. Serbia), and that it is therefore not properly seised of the matter," Abraham said, and concluded:

"Accordingly, no action can be taken with regard to the document entitled 'Application for revision of the Judgment of February 26, 2007 in the case concerning the Application of the Convention on the Prevention and Punishment of the Crime of Genocide (Bosnia-Herzegovina v. Serbia)”.