Drama in Kosovo - sirens and detonations; increased presence of EULEX and KFOR VIDEO

After Zubin Potok, air danger sirens are resounding in northern Kosovska Mitrovica. The media also reports that detonations are echoing. 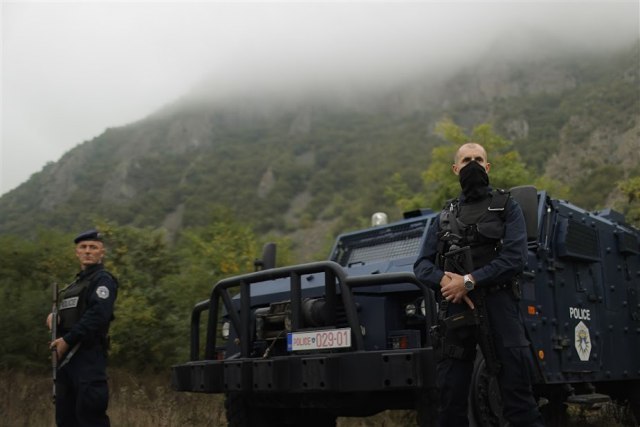 First of all, it was announced that the members of the election commission, accompanied by the so-called Kosovo Police, forcibly entered the building of the Zubin Potok Municipality, accompanied by Kosovo Police and this has led to the outbreak of rebellion by some citizens.

Then came the news that the same action was carried out in the northern part of Kosovska Mitrovica.

The members of the municipal election commission in North Mitrovica, accompanied by the special Kosovo police, broke into the premises used by the MEC during the previous elections, and cannon shots and sirens are heard in the city, reports Kosovo Online.

Sirens and two explosions heard in Zubin Potok@KosovoOnline has reported that the members of the Municipal Electoral Commission have "forcefully" entered the municipality of Zubin Potok, accompanied by Kosovo Police and this has led to the outbreak of rebellion by some citizens pic.twitter.com/TjKsz6w3GR

An ambulance was dispatched to the bridge in Mitrovica

After the sudden raid of the so-called Kosovo police and representatives of the Central Election Commission on the building of the Municipality in Zubin Potok, Albin Kurti ingloriously ended his madness, the goal of which was to physically force the Serbs in the north of Kosovo and Metohija to participate in his fake elections.

Namely, after they failed to achieve their intention, because they were prevented by a group of gathered citizens as well as municipal security in Zubin Potok, the representatives of the CEC and KP moved away towards southern Mitrovica.

The police officers were in two Toyota Landcruiser armored all-terrain vehicles, and CEC representatives in two jeeps. However, not long after this action, which re-ignited tensions in our southern province, ambulances were dispatched to the main bridge on the Ibar and the multi-ethnic settlement of Three Solitaires in Kosovska Mitrovica.

The director of the Office for Kosovo and Metohija, Petar Petković, announced that the Prime Minister of Pristina's temporary institutions, Albin Kurti, today sent police with long pipes to the premises of the municipality of Zubin Potok in the north of Kosovo and Metohija in order to forcefully try to prepare the ground for the holding of his illegal elections and seize four municipalities.

"It is about the most brutal demonstration of force and causing new tensions and provocations on the part of Pristina, which is trying to implement its illegal and unilateral measures with violence and cause a new destabilization of the situation on the ground," said Petković.

He assessed that Kurti "timed and directed" this while the EU-Western Balkans Summit was being held in Tirana, just as during the Summit in Berlin he called for the annulment of the Brussels Agreement and the arrest of Nenad Djurić.

"This is what the so-called democracy and the rule of law of Albin Kurti looks like - while he forbids Serbs to participate in elections and referendums, at the same time he is trying to bring about his elections in the north of the province with long pipes, guns and violence," said Petković, as Office for Kosovo and Metohija announced.