Serbian Ministry of Defense reacted: We did not shoot down the Bulgarian MiG-29

Ministry of Defense reacted after the claim of the Bulgarian journalist Grigor Lilov that Serbia shot down the Bulgarian MiG-29 plane on June 9. 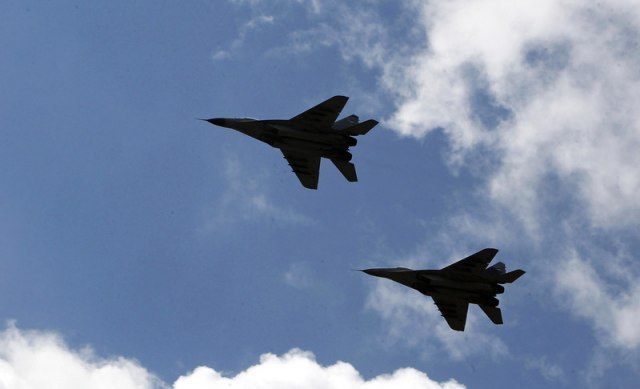 The MiG-29 crashed on June 9 during joint military exercises with Serbia in the Black Sea, while the pilot was killed. The cause of the crash has not yet been determined.

"Military exercises of the Serbian army in Bulgaria, on a training ground not far from the town of Shabla in northeastern Bulgaria, and the probability that our MiG could have been shot down by the S-125 Neva missile launched by Serbs should have been the topic of lively political discussion, especially before the parliamentary elections. Yet, there was no discussion. All parties, media, commentators remain silent", he wrote on Facebook.

After his accusations against Serbia, the Ministry of Defense reacted by announcing that those claims were incorrect and malicious.

"Due to inaccurate and malicious claims and speculations made by Bulgarian journalist and writer Grigor Lilov, published by certain media, Serbian Ministry of Defense informs the public that members of the Serbian Air Force and Air Defense did not perform actions against air defense missile units on the day of the Bulgarian MiG-29 crash, as well as the actions of aviation at the 'Shabla' range, can in no way be related to the crash of the Bulgarian military aircraft MiG-29", it is stated in the announcement.

The Ministry adds that the members of the Air Force and Air Defense have realized their activities since arriving at the "Shabla" range in accordance with previously defined plans that have been agreed and approved by the representatives of the Armed Forces of the Republic of Bulgaria and the Serbian Army.