Vučić: This is a plan that is little talked about in the Serbian public VIDEO / PHOTO

The President of Serbia, Aleksandar Vučić, stated that he had a good conversation with the EU envoy for dialogue between Belgrade and Priština, Miroslav Lajčák.

"We had a good, rational and serious meeting on the future of the Belgrade-Pristina dialogue. What is important is that we agreed to continue the dialogue and Serbia's full commitment to that dialogue. We also made a joint assessment of economic developments between Belgrade and Pristina, which is satisfactory. That is one of the most important things. Third, the European future is important for Serbia and it is not a phrase. It is important because of more investments and because the position of Serbia will be stronger the closer we are to the EU and that is full implementation of the Brussels agreement ", Vučić said, thanking Lajčák.

He added that it is always better to have any dialogue than not to have a dialogue.

Lajčák stated that the EU has only a mediating role in the dialogue, while the main burden is on the two sides participating in the talks.

"The goal of my talks with President Vučić is to talk about the dialogue between Belgrade and Priština. The goal is to normalize relations, and it is not up to the EU to decide. It is up to the two sides to agree. The EU is here to help, we are not here to impose any solution. We cannot want normalization more than Serbia and Kosovo", Lajčák said, adding that a significant progress had been made compared to his last visit four months ago.

He also referred to the agreement on the Community of Serbian Municipalities.

"As far as the CSM is concerned, everything has been agreed, signed and should be realized. The next step is to negotiate the status of that community. The place where we will have these talks will be Brussels," Lajčák said.

Vučić then showed the plan for the implementation of the agreement on the normalization of relations between Belgrade and Priština, which, as he says, is little talked about in the Serbian public.

"Now I will give you an act that is little talked about and that no one has seen in the Serbian public so far. This is a plan to implement the agreement on the normalization of relations between Belgrade and Pristina, which consists of six elements. Point one - adjusting the legal framework, point two - association and community, point three - police, point four - judiciary, point five - local elections, point six - general provisions", Vučić said.

Miroslav Lajčák denied that messages about non-fulfillment of obligations were coming from Pristina.

"Before my arrival to Pristina, there were a lot of announcements. None of my interlocutors said that they would not fulfill their obligations, it was clear that everything must be fulfilled. Second - the question of the Constitution: it is logical that the constitution will have to be changed. Moreove, no one said it was impossible. I agree with the president that we want a normal situation and it is in the interest of every person. An abnormal situation is a problem," Lajčák said. 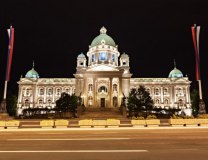 I will not hold a minister position in the new government, I will remain the mayor of New Belgrade, the president of SPAS, Aleksandar Šapić, said 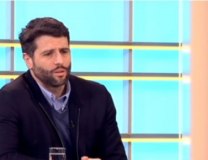 Pristina has adopted a plan to implement the agreement with Belgrade 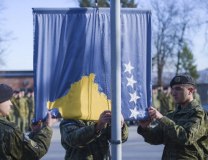 "If true, it was done behind Belgrade's back and means betrayal by the EU"

After Pristina announced they had a letter from the then EU High Representative, Federica Mogherini, from 2015, regarding the CSM, Belgrade's response followed. 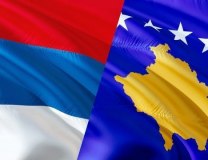 Patriarch of the Serbian Orthodox Church Irinej stated he had been listening for eight years that the President of Serbia was "preparing to betray" Kosovo. 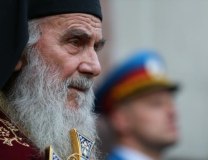 "I won't trade the territory of Kosovo or make concessions"

"I will not trade the territory of Kosovo or make concessions," Kosovo Prime Minister Avdullah Hoti said in an interview with ABC News's "Balkan" show. 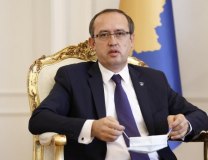 President of Serbia, Aleksandar Vučić, met with the Ambassador of Croatia, Hidajet Biščević: Policy of Peace and Cooperation for the Benefit of Serbs and Croats 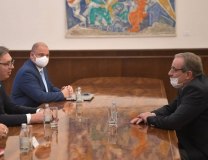 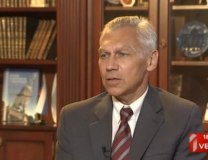