"Lex specialis" was adopted in July 2019 for the construction of the "Moravian Corridor", a section of the E-761 highway, works officially start today 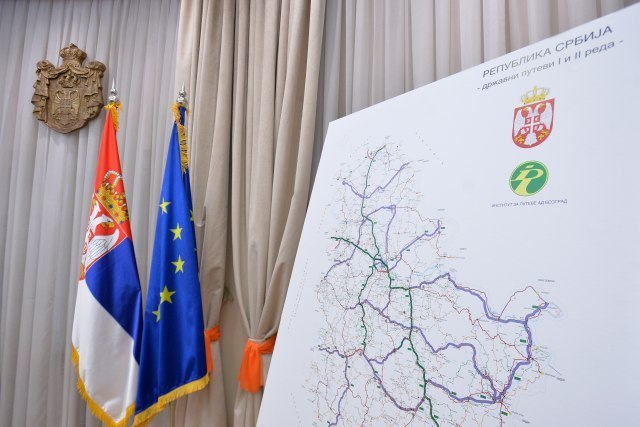 Serbian President Aleksandar Vucic will attend the start of the construction of a $ 745 million worth road.

Opposition representatives, on the other hand, oppose the construction of the highway, saying it is unnecessary, but also too expensive project.

One of the leaders of the Alliance for Serbia, Dragan Djilas, opposes the construction of the Moravian Corridor.

The opposition, by its impedance, shows that it does not think about the inhabitants of Kraljevo, Cacak and Krusevac for who this road will be of greatest significance, as was evident in recent years.

Weeklies NIN and Vreme in their articles unjustifiably criticised the start of the construction of the highway, emphasising the "futility of spending money".

In the weekly newspaper "Vreme", it is stated that "simple logic" shows that the "Moravian corridor is meaningless" because, as stated, "the citizens of Kraljevo will certainly not go to Krusevac when travelling to Belgrade, Vojvodina or the west, nor will Krusevac citizens go through Kraljevo, while heading towards the same destination".

They believe that this section is of secondary importance and that "there is no economic justification for its construction".

The lack of roads in eastern Serbia is also mentioned, and therefore the start of construction of a section of the highway passing through the western part of the country is highly criticised.

Bechtel, an American construction and engineering corporation, will work on the construction of the road, and as NIN says, the road under construction is "apart from being too expensive, also completely unneeded".

President of Serbia said at the commencement ceremony that, due to such attitude and standpoints, the people from the opposition did not build any roads.

"I think you need to ask all these people that we mentioned. It's the backbone of the whole region, it means life for the people here. The highway brings investments, it brings business", Vucic said.

"When they say they don't need those roads, I understand them, that's why they hadn't constructed any of them", Serbian President concluded.