USA will not get involved in territory exchange discussion between Serbia and Kosovo but they don't rule out the idea of border correction. 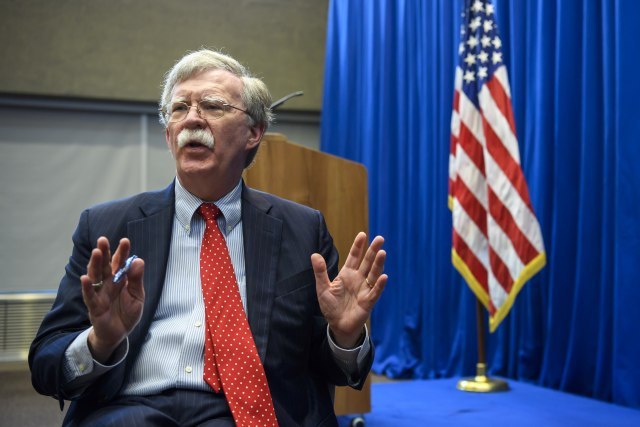 US President Donald Trump’s national security adviser John Bolton said this today in Kiev and added that the USA was wiling to help but they would not impose solutions to the Kosovo - Serbia dispute.

"There are signs that both governments want to quietly negotiate the land swap. The US policy is that if the two parties can work it out between themselves and reach agreement, we don’t exclude territorial adjustments", Bolton said.

Bolton said USA would not stand in the way, and that he didn't think think "anybody in Europe would reject a mutually satisfactory resolution".

He emphasised that Kosovo-Serbia dispute is the most important in the region.

"Since the breakup of Yugoslavia there were long-term conflicts and security risks in this area. But we have seen progress recently", said Bolton referring to the recent agreement between Skopje and Athens on Macedonian name change.