Serbian President Aleksandar Vucic has expressed his deepest condolences in a message to Greece's president and prime minister. 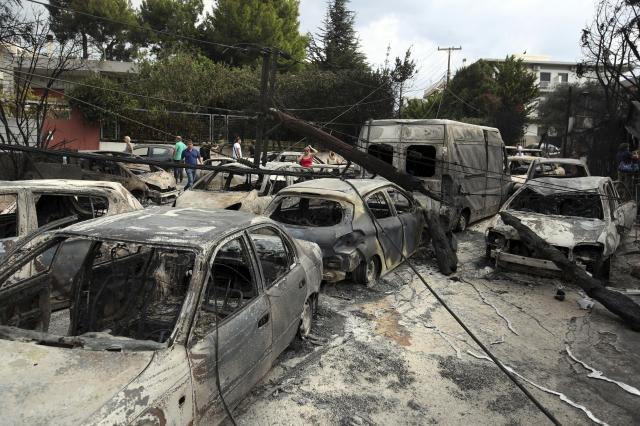 A scene from Mati, a village and resort near Athens (Tanjug/AP)

Vucic on Tuesday also offered Serbia's help to Greece in overcoming wildfires that have killed more than 50 people in the vicinity of Athens.

"We are deeply distressed by the tragic fate of the victim. While nature once again reminds us that we are not strong enough to resist its force, Greek firefighters and rescuers are making superhuman efforts to fight it," Vucic's message reads, and adds:

"Serbia is ready to, within its abilities, come to your aid. Please extend my sympathies to the families of the victims, and I wish those injured a speedy recovery."

Prime Minister Ana Brnabic, who is visiting the United States, also on Tuesday sent a telegram of condolences her Greek counterpart Alexis Tsipras.

"On behalf of the government of Serbia and in my own name, I express my deepest condolences to you and the families of the casualties of the catastrophic fires. Serbia, as a true friend, feels with the people of Greece in these difficult times," she wrote.

"I hope you will muster strength and give support to those who lost their beloved ones, and to those injured I wish a quick recovery. Serbia stands by you," Brnabic wrote.