Spain has not, and will not recognize Kosovo - ambassador

Spanish Ambassador Miguel Fuertes said on Tuesday that his country has not recognized Kosovo, and will also maintain the same position going forward. 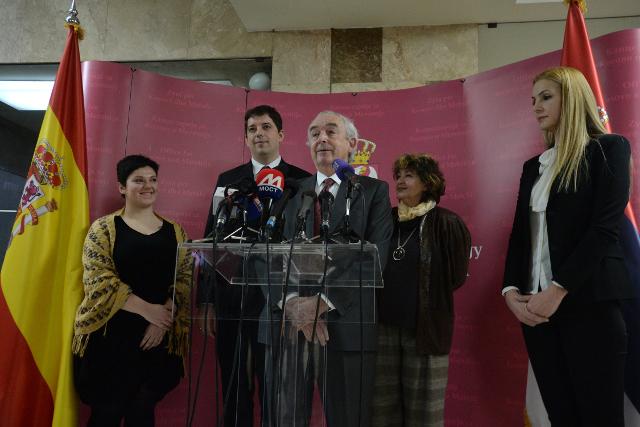 Fuertes made the statement after a meeting with Marko Djuric, who heads the Serbian Government's Office for Kosovo and Metohija.

The ambassador described relations between Serbia and Spain as "exceptional," remarking that Serbia can count on his country "every time it needs a friend - and vice versa."

Belgrade and Madrid also plan to further develop and intensify their cooperation, he added.

Djuric praised the role of Spain, saying that the country "supports universal principles of international law when it defends Serbia's territorial integrity and sovereignty."

The task of these principles, he said, is to secure peace and equality, as well as the rule of law among states and nations.

"These values that we share have contributed to us standing together now, while I'm particularly happy that we are working on joint projects to support our students in Kosovo and Metohija," Djuric said.

Serbia will never forget Spain's friendship in difficult times, nor the country's support on the key issue of state and national interests, the Serbian official said.