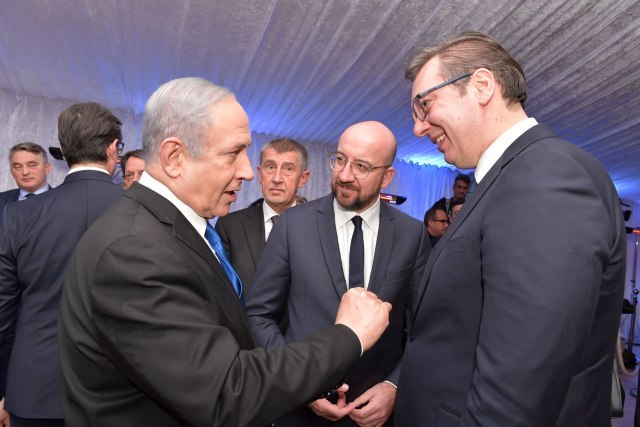 According to him, President of the European Council Charles Michel announced the gathering of Western Balkans leaders in February.

"I expect Michel to soon organize some kind of rally in February that will bring together all the leaders in the Western Balkans, so that we can continue dialogue", Vucic told Television Pink.

He said he talked to him about the position of Serbia and Montenegro, as the leading countries in European integration process in the Western Balkans.

He said that he will have a bilateral meeting with Israeli President Reuven Rivlin tonight, and he also spoke with Israeli Prime Minister Benjamin Netanyahu, who thanked him especially for raising the flag with the David star on the Serbian Presidency building.

He said he had conducted the longest conversation with Montenegrin President Milo Djukanovic.