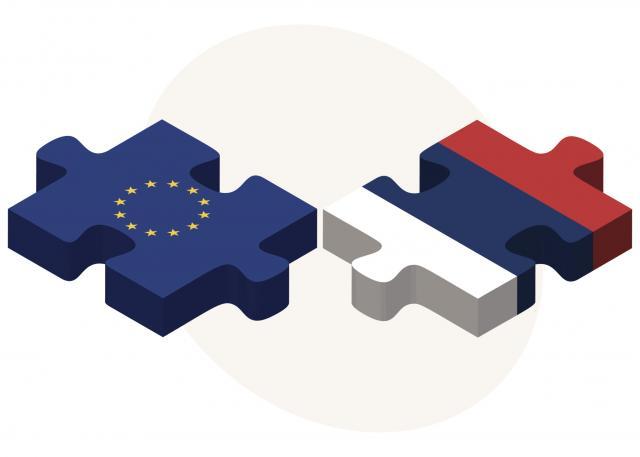 Participants in the 2016 annual meeting of the Economic and Financial Dialogue between the EU and the Western Balkans and Turkey, held in Brusels today, discussed a Serbian government document on macroeconomic and structural issues and priority investment projects in Serbia.

Serbian Finance Minister Dusan Vujovic told reporters after the meeting that Serbia had fulfilled most of the recommendations from the previous year and the conclusions from today's meeting had largely been expected.

"We are at a critical stage of implementation of economic reforms. Reforms supported by the International Monetary Fund, that is, and these are structural reforms," Vujovic said.

The EU finance ministers agree that we need to persevere in carrying through with vital reforms such as reforms in enterprises in restructuring, public enterprises and public administration, Vujovic said.

He said that Serbia had already fulfilled the majority of European Commission's (EC) recommendations, "those realistically fulfillable", but also pointed to those Serbia was still not ready to implement, such as a semestral budget planning system.

"We are ready to move on to the semestral system when conditions are created for that, and the closer we are to membership of the EU, the closer we will be to the budget planning," Vujovic told Tanjug after the 2016 annual meeting of the Economic and Financial Dialogue between the EU and the Western Balkans and Turkey was held in Brussels today.

Vujovic said that the conclusions from today's meeting had largely been expected, and they were coming at a critical stage of the implementation of structural reforms supported by the International Monetary Fund (IMF).

The EC say that we need to persevere in carrying through with vital reforms such as those concerning enterprises in restructuring, public enterprises and public administration, but they also invite us to do other things as well, he said.

They invited Serbia to step up efforts in making sure that the people who lose their jobs in the privatization process are able to obtain new, up-to-date skills and qualifications and be competitive in the labor market later on.

"We have also been invited to improve our fiscal transparency and budget planning capacity and we said during some informal conversations that it will be possible to do that after we conclude talks with the IMF, as the IMF was basing their opinions on the latest information available," said Vujovic.

All the suggestions, Vujovic said, focused on advising Serbia on what it should do to become ready for the competition facing it when it joined the EU.