PODGORICA -- Montenegrin President Milo Djukanovic can postpone the local elections in Ulcinj and Berane, scheduled for March 27th this year.

PODGORICA -- Montenegrin President Milo Djukanovic can postpone the local elections in Ulcinj and Berane, scheduled for March 27th this year. 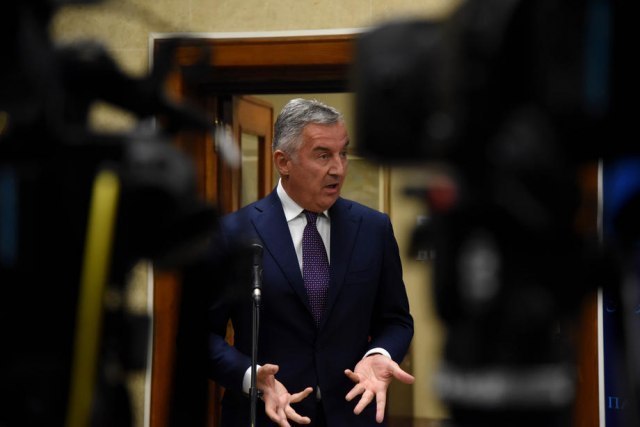 According to the Montenegrin media, Djukanovic can do it in the same way as he did two years ago in the case of Tivat - by changing his decision.

This was explained to "Vijesti" by the long-term secretary of the State Election Commission, now its member Milisav Ćorić (Socialist People's Party). Djukanovic's advisor for the constitutional system and legal issues, Boris Bastijancic, said that the president would act in accordance with the Constitution and the law.

"The President of Montenegro will act in accordance with the principle of constitutionality and legality, strictly taking into account the preservation of legal security in the political and legal system of the state," Bastijancic said in response to "Vijesti", which asked whether Djukanovic will postpone elections in Ulcinj and Berane.

The Parliament of Montenegro adopted the amendments to the Law on Local Self-Government on February 4, and they envisage that local elections in 14 municipalities be held in one day. The law has not yet entered into force, i.e. it has not yet been published in the Official Gazette.

The mandate of councilors in the assemblies of the municipalities of Ulcinj, Berane and Plužine is extended until the election of councilors, which will be held in the sense of the paragraph of this article as well".

After the adoption of the amendments to the Law, different interpretations were heard as to whether the President violates the Constitution if he postpones the already announced elections, as well as that this should be regulated by the Law on Election of Councilors and Representatives. SEC member Milisav Coric explained to "Vijesti" that the president can change the decision on calling the elections.

"President of the state is entitled to change the decision in the part of the date of the elections," said Ćorić, answering the question of "Vijesti".

Djukanovic acted in the same way when he postponed the local elections in Tivat on March 20, 2020, stating in an official statement that they would be held "within 90 days from the date of termination of orders of the competent authorities introducing measures to prevent entry into Montenegro, suppressing and preventing the transmission of new strains of coronavirus”.

Epidemiological conditions are one of the reasons why the current Law on Local Self-Government is being changed. Ćorić states that the Law on the Election of Councilors and Representatives is imprecise in the part concerning the postponement of the elections, and that 54 MPs are needed in favor of its changes.

Socialist People's Party (SNP) MP Dragan Vukic believes that the president must withdraw the existing decision, and then make a new one in accordance with the legal solution passed in the Assembly on Friday, February 4, in order to hold elections in Berane, Ulcinj and Pluzine and in eleven other municipalities in early June.

Democratic Front MP Predrag Bulatovic said in the Assembly on Monday, during the debate on the dismissal of Parliament Speaker Aleksa Becic, that the elections should not be postponed and that it was "legal and constitutional violence".

He claimed that the prolongation of voting in Berane and Ulcinj was appropriate for some political entities, and alluded that the elections in Podgorica would be postponed, so that DPS, which is in power in this municipality, would be provided with additional time.