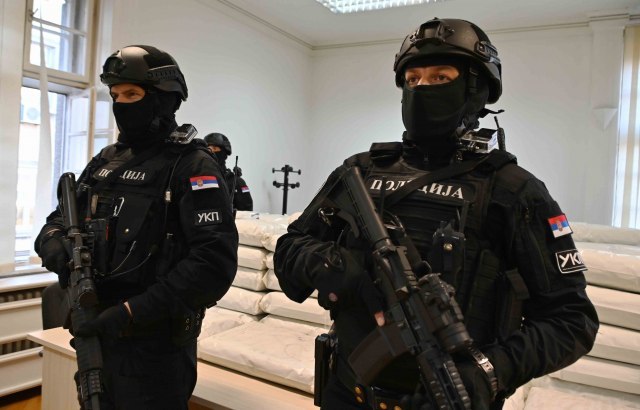 According to the statement of the Ministry of the Interior, the drugs arrived from Kosovo and Metohija and were intended for further sale in the cities and towns of Serbia.

"The fierce struggle of the Ministry of Internal Affairs with drug dealers continues, whether Serbia is a transit country or the final destination for selling drugs, with the same determination and fight we will arrest anyone who imports and sells drugs in our country. Serbia is not and will not be a safe place for sale of narcotics or a safe place for their further distribution. Serbia will never be a safe place for drug dealers and drug trafficking", said Minister of Police Aleksandar Vulin, who was informed by the chiefs and members of the Criminal Police Directorate (UKP) about all the details of the seizure of 520 kilograms of marijuana.

Minister Vulin emphasized that every seizure of narcotics is a great success and a great victory for the police.

Minister of Internal Affairs pointed out that the police showed their determination to deal with the narcotics trade with good results achieved in the last year, when they seized more than eight tons of narcotics and discovered more than 40 illegal laboratories for growing marijuana.