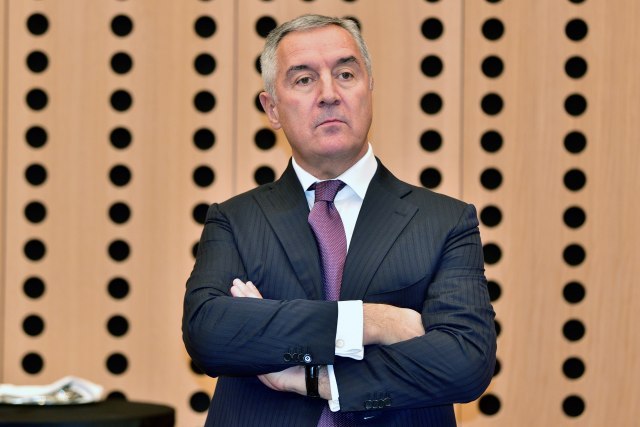 In it, the Albanian oil tycoon Rezart Taçi mentioned the President of Montenegro Milo Djukanovic.

"More information and data cannot be disclosed in order to protect the interests of the criminal proceedings," reads the response sent to RTCG by special prosecutor Sanja Jovićević.

A court in Palermo is investigating whether Taçi and several Italian citizens laundered more than 22 million euros. "When we heard that an Albanian businessman was mentioned, we asked our colleagues from Italy to send us the verdict of the court in Palermo. Of course, I was focused on Albania since Rezart Taçi and other people are very famous in Albania. Milo Djukanovic's brother's bank is also mentioned. and a trip from Tirana to Podgorica and back. This is a court decision, and I am still waiting for the whole document on this case, because it mentions many influential people from Albania as well as Montenegro", said Albanian journalist Timi Samardziu, who was the first to come across information about this case.

The First Bank denied media allegations in connection with this affair, which, as they say, "cause damage to its shareholders".

President of Montenegro, Milo Djukanović, said that he would gladly respond to the call of the Special State Prosecutor's Office regarding the allegations that the Albanian oil tycoon mentioned him in the context of international money laundering and suspicious payments.

Djukanovic: I will gladly respond to the call of the prosecution

"Like you, I am informed that the Special State Prosecutor's Office (SDT) has formed a case. I am looking forward to it and I am looking forward to the efficient conduct of the SDT as always. I will gladly respond to the call of every state body because I want to set an example of how to act if we sincerely want to establish an effective rule of law in our country", Djukanovic said.

He added that more or less everything has been said on this topic.

"It was announced from the Office of the President that this is a completely fabricated affair, that I do not know who the persons are, nor have I ever had any contact with those persons in any way. Like you, I read the reaction of the bank mentioned. I've also heard of the bank reaction which said that it had never had any business relationship and that these people were not its clients", Djukanovic said.

He believes that this is a complete forgery.

He added that instead of the public focusing on preventing the collapse of Montenegro, it is trying to have fun creating new scandals.

"I have no problem with that because I know how I worked and it only takes a few days for those scandals to fall apart like a tower of cards," Djukanovic said. He pointed out that today no one mentions Pandora papers anymore, nor will this affair be mentioned.

"What I want to share and what I sincerely regret is that we do not take up the opportunity to learn something from the rich repertoire of fabricated scandals, even from public service”, he said.

Through the interpretation of one media within the public service, the alleged ownership relationship and the influence of the president of the state on the functioning of a commercial bank have now become entangled.

"Just browse through your computer to simply find out everything you are interested in. There you will find that I left politics three times, that I formed companies wanting to do something else, you will find that I bought shares in one bank, that the company sold its shares, how much it earned, you will find how much I paid taxes, that I shut down that company and that I have no connection with that bank for eight years. But it is much more interesting to engage in "intrigue" against the president of one's country," he said.

He pointed out that it was part of the Balkan interpretation of media freedom.

"We see how we enjoy the benefits of a change of government. Every day we also see how we enjoy the Balkan experience of media freedom," he said. He added that he hoped that these were inevitable steps for Montenegro to reach the required level of civic culture, "to learn that our right to free expression does not consume our right to insult people, invent and construct."

"I hope we will learn those lessons as well. I certainly remember, and I try to use such opportunities to help people understand better," Djukanovic concluded, RTCG reports.