BANJALUKA -- Members of the Bosnia-Herzegovina's Investigation and Protection Agency arrested Radovan Veljovic, suspected of committing a crime against humanity in 1992.

BANJALUKA -- Members of the Bosnia-Herzegovina's Investigation and Protection Agency arrested Radovan Veljovic, suspected of committing a crime against humanity in 1992. 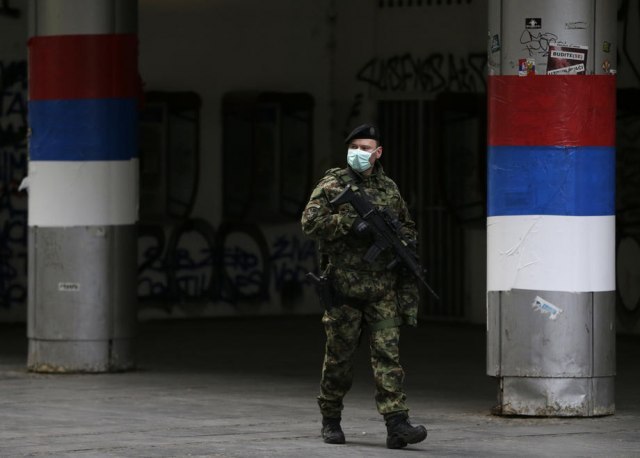 The Prosecution of Bosnia and Herzegovina charges Veljovic (1954) with committing the war crime of rape and sexual abuse as a member of the Army of Republika Srpska in 1992 in the area of Foca, the judicial institution announced.

After the arrest, it is added, the suspect was handed over to the acting Prosecutor of the Prosecutor's Office of Bosnia-Herzegovina, who will examine him and make a decision on further activities.

Just to reiterate, this arrest was ordered a few days after Edin Vranje was arrested in Serbia on a warrant issued in 2018 on suspicion that he committed a war crime, he was holding a position of the chief of police of the Federation of Bosnia-Herzegovina.

He left the police in 2016, when he became the director of a private security agency.

According to the Sarajevo media, Vranje spent a full 30 years in various operational and managerial positions. The former head of the Criminal Police Sector in the FUP and the first man of the Department for Organized Crime was arrested at the Uvac border crossing.

That is why the Serbian ambassador to BiH, Aleksandar Djordjevic, was invited to an emergency meeting, and he refused to come to the Presidency of BiH for a conversation, the media in BiH have learned.

Djordjevic was invited for a conversation by the chairman of the Presidency of BiH, Zeljko Komsic, and the topic of the "emergency" meeting was to be the arrest of Edin Vranje, a BiH citizen who was arrested in Priboj on Sunday because the Serbian judiciary suspects him of war crimes in Gorazde.

BiH Foreign Minister Bisera Turkovic said on Facebook that the note was sent and added that she ordered the BiH Embassy in Belgrade to react immediately and to receive official and complete information from the Serbian authorities on the status of Vranje, when Serbian police arrested him at the Uvac border crossing.

"The Ministry and the Embassy of BiH in Belgrade will immediately get involved in the case and offer all possible assistance to the citizen of Bosnia-Herzegovina," said Bisera Turković.

They issued a statement not to travel to Serbia

The situation culminated yesterday when the BiH Ministry of Foreign Affairs recommended to its citizens who were involved in the defense of Bosnia-Herzegovina from 1992 to 1995 not to travel to Serbia.

"The warning is issued due to the risk of arrest and prosecution in the Republic of Serbia on war crimes charges, and on the basis of previous cases of arrest of BiH citizens against whom no proceedings are being conducted in Bosnia and Herzegovina or charged by the country's judicial institutions with war crimes," they said, as Radio Sarajevo reports.

The reaction of the BiH Ministry of Foreign Affairs followed on Tuesday after the High Court in Belgrade ordered a one-month detention for former police officer Edin Vranje, who was arrested on Saturday upon entering Serbia.