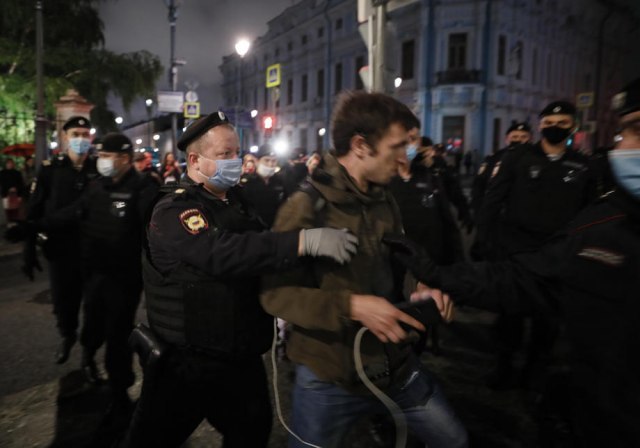 "Special police got out of police cars next to the Grusevka metro station. Protesters began to flee. People shouted from the balconies of the surrounding buildings where to hide, and in response, they approached the "coordinators" several times and fired at them", a correspondent said for the Russian agency.

The Belarusian Association of Journalists announced that two Polish journalists were arrested.

The media also report that a vehicle hit the traffic police officer downtown, but that he remained alive. An investigation is underway. It is unclear whether this incident has anything to do with the protests.

About a hundred people gathered in Gomel tonight as well. Car drivers honk to them, giving them support. Some girls wear chrysanthemums. However, the presence of members of the police is not noticeable.

The protests began on August 9, immediately after the announcement of the preliminary results of the presidential elections in which Alexander Lukashenko won. Since then, opposition supporters have been gathering in major Belarusian cities every night as police disperse them, using tear gas, rubber bullets and shock bombs.

Police shooting at people watching them from the windows of their own houses in #belarus #BelarusProtest pic.twitter.com/r6EI2zK5FK