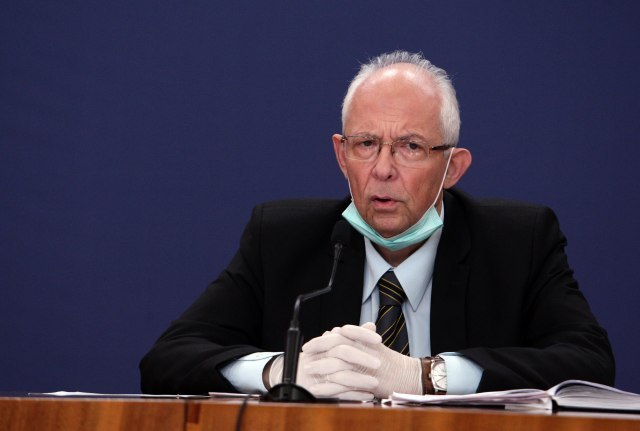 Kon told N1 TV that the prerequisite for the introduction of a 24-hour restraining order was "a serious deterioration of the situation" and said it meant "a sudden leap in the number of infected and dead".

"It is theoretically and practically completely impossible if there is no contact within 24 hours in 14 days for the virus to survive. That would make sense if there were a sudden leap and a consequent increase in the number of deaths, which is not possible to happen. That is the last resort", he said.

Kon said that in five or seven days, in 90 percent of cases, incubation would take place to see if there was a serious drop in newly infected, or whether the numbers were reduced due to the blockage at the Torlak Institute.

He said that if the more severe consequences of the virus infection appear two weeks after detection, in the event of a leap in the number of infected people, it would mean many more people on the respiratory system, as well as those at risk.