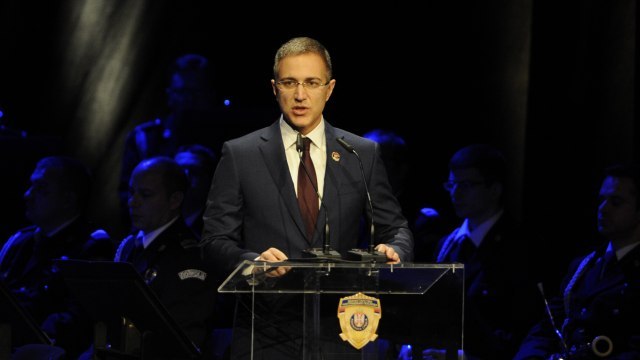 According to him, this is in order to protect the Serbian people in that country and to calm tensions.

Stefanovic told RTS, after Vucic held an emergency meeting with security officials last night due to the deterioration of the situation in the region, there was work to be done to restore peace and reduce tensions.

"These talks are necessary and we expect that Vucic will speak with Djukanovic to that end in order to protect the interests of the Serbian people in Montenegro. I expect that conversation very soon", Stefanovic said.

He said Serbia was not happy about yesterday's clashes, when the young man was beaten up in Podgorica, adding that they wanted to speak with the authorities in Montenegro to determine what happened and to ease the tensions.

"We will wait for the official information, but because of the concern that it is possible that the attack is ethnically motivated, of course we will have a political reaction. But this political reaction is also moderate and seeks to calm tensions and change this situation", Stefanovic said.

Asked if the Security Information Agency (BIA) had requested information from Montenegrin security agencies, Stefanovic said that he would not comment on concrete measures, but that the state would do its job in accordance with Aleksandar Vucic's policy, that is, the peace and stability policy.

Asked if Serbs in Montenegro are safe, Stefanovic said he did not want to make any qualifications without looking at the whole situation.

"We cannot say that we are satisfied with the development of the situation, when there is a broken head and an incident, violence on the street," Stefanovic said.

He said that at a meeting last night, President Vucic also expressed his concern over the incident of urinating on the Serbian national flag and the lack of reaction by the Montenegrin authorities.