PODGORICA -- Djukanovic estimates on the occasion of the Law on Freedom of Religion that the religious freedom of citizens is being abused in order to bring down Montenegro.

PODGORICA -- Djukanovic estimates on the occasion of the Law on Freedom of Religion that the religious freedom of citizens is being abused in order to bring down Montenegro. 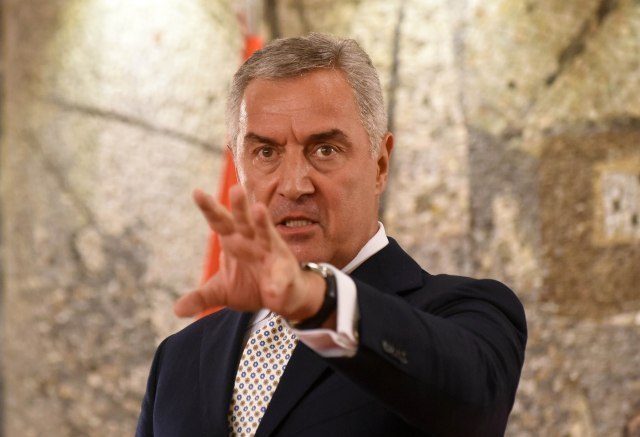 He also told the citizens that they should not allow to become "part of this insane project," the Municipal Committee of DPS Tivat said.

"We have a very clear intention to ensure the unconditional implementation of constitutional provisions within the Constitution of Montenegro, which is separation of church and state and guaranteed freedom of religion," Djukanovic said.

Djukanovic emphasized that the Law on Freedom of Religion is a legal solution that has been thoroughly prepared for more than four years, with public hearings.

He emphasized that this legal act changes the 1977 law, which is obsolete and a relic of the ancient past.

Media claims, he said, that something wants to be stolen from the Serbian Orthodox Church are absolutely false.

"For anyone familiar with historic facts, there is no dilemma, as long as the Montenegrin state lasted, so did the Montenegrin Orthodox Church", said Djukanovic, noting that from the time the Pec Patriarchate disappeared, in 1766 until 1918, there was no other authority over the Orthodox church in Montenegro.

"So, the Orthodox Church in Montenegro is independent and has all the attributes of independence. Since Montenegro was annexed to Serbia, it was logical for the church to be annexed to the Serbian Orthodox Church (SPC). The decision was political - the state disappeared. If it was logical for the church to disappear in 1918, when the state disappeared, what about 2006, when the state was restored? We will rebuild the church, of course", Djukanovic pointed out.

"This is an attempt to give back to the state what belongs to it, which has been unlawfully alienated from it and this is where lies and manipulations are used, that something has been stolen from and that it has been plundered", Djukanovic said.

Djukanovic also noted that, as he said, "Greater Serbian nationalism must have subsided after 2006, but never reconciled with Montenegrin independence and continued to dream of recomposing the Balkans, to make Greater Serbia, Albania, Croatia, and for the rest to disappear".

This is roughly the plan that has always existed back in the 1990s and has cost our region a large number of casualties. So, neither can there be Great Serbia, nor Great Albania, there can only be great tragedy. And instead of having learned those lessons well into the 1990s, instead of giving up and digging deep, as we can see, some 30 years after, old ideas are coming back to the table, and integral part of those ideas is Greater Serbian nationalism, which by using the SPC, tries to continue to represent Montenegro, to influence life in Montenegro as the life of another Serbian state. It is something that we disagree with and that we show, I would say, very unwavering and firm resistance towards it, and it is something that we will never allow to happen in Montenegro", Djukanovic concluded.