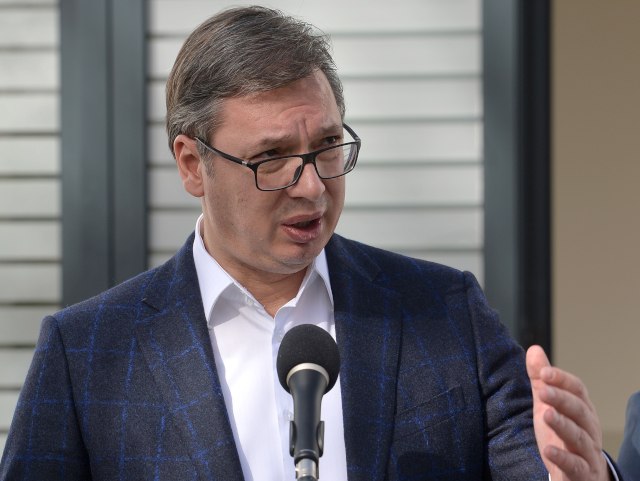 "Whatever agreements someone may be making, Serbia must agree too," Vucic said.

He added that he received a message from Lavrov.

"I repeat - anything that somebody is agreeing on Serbia must agree on, and we are far, far, far from any compromise solution," Vucic said.

That is why, he continued, he is very concerned about the threat of establishing an army of the so-called Kosovo, the issues related to Interpol (Pristina's membership bid), the events in connection with the power transmission system, all the way to Pristina wanting to limit the dialogue.

"And there is a fifth thing - that is, they want to put on the agenda of the Assembly in Pristina that it should be punishable to go after the heritage of the KLA ("Kosovo Liberation Army") struggle. That means that every Serb who lives in KiM must praise that heritage," he added.

The president described such moves as "irresponsibility with no limits," and added that "such things concern him, without knowing how to even respond them."

Vucic added that the consequences would be "catastrophic" if we, too, were to act "so irresponsibly."

"That's why we will look to preserve stability and peace and not to participate in that madness, which someone is generating, in any way," the Serbian president underlined, adding that "when things in the world and relations between great powers are considered, the only thing that remains is to be solving the problems with arms - and in this kind of world, we must preserve ourselves and the future for our children."