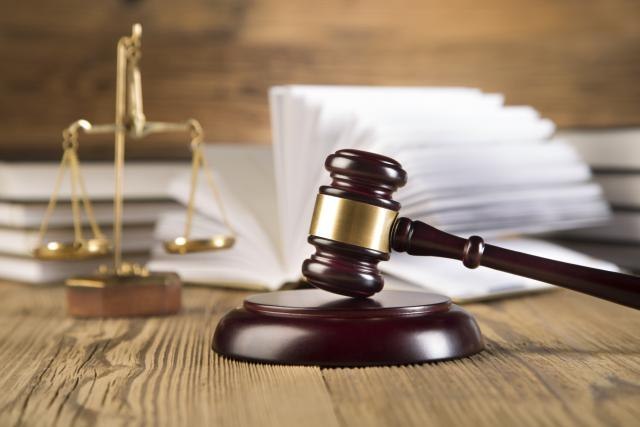 It was kind of convenient that the first candidate for this punishment would be Veran Matic, the president of the Commission for Investigation of Murders of Journalists, who did not refer to the accused but to the procedure, that is, the judge (in the Curuvija murder trial) - but nevermind. No one, say lawyers, can not violate the presumption of innocence (you know, everyone is innocent until proven guilty).

And here we arrive to the first case I mentioned in the title. A few weeks ago, Serbian President Aleksandar Vucic spoke about some ministers from Hong Kong and from Senegal who gave bribes to some African officials: "It's a serious international gang of thieves, I have not investigate it completely, but now we will ask for everything from US services. It's a serious group of thieves at the international level, led by Vuk Jeremic... This didn't start yesterday, we've known it for a long time."

And now the question is - did Vucic violate the presumption of innocence with this, supported by nothing statement? He did not, because the court procedure against Jeremic does not exist! But everything else has been violated! Where does the president of a state accuse his political opponent of being the leader of a serious group of thieves, and in the same sentence says that he "did not fully investigate"? And when Jeremic files his lawsuit, the president of the state evades the trial, citing presidential immunity! At the very least it's low, evil and sad...

And so we come to the other case from the title, which is the situation when the court proceedings are in progress. Then the presumption of innocence is activated, which in fact instructs the judge not to take the plaintiff's word, but that this party must prove every allegation. As a reputable judge says - the presumption of innocence is in fact the assumption that the prosecutor lies until they prove otherwise! And now, what does this have to do with us, who are outside the courtroom, and who are following the trial in the newspapers?

If trials are public - surely they can be talked about! How did Veran Matic breach the presumption of innocence? If the Court of Appeals annuls twice the decision of the first instance court to exclude the Prosecution's key evidence against the accused for the murder of Slavko Curuvija - why is Matic prohibited from finishing that thought and concluding that "it really leads to intent to make the decision to acquit the accused much earlier than the end of the trial"? Should Matic need to go to prison for least three years because of these words, as suggested by the Bar Association, so that nobody even thinks of reporting anything from any trial?

So, be careful. According to this new criminal law, politicians will still be able sling mud with impunity on who they want and how they want, call them thieves, drug mafia bosses, or whatever they like! This law will not apply to them, because as long as there is no court procedure (and mostly there is none), they do not really violate the presumption of innocence! Such a prison sentence threatens those who comment on court proceedings, and these are - who? - the media. It makes one miss the verbal transgression and the famous Article 133 of the SFRY Criminal Code, that at least required one to say something malicious and untrue, whereas now, one can be punished for truthfully and without any intention replaying and commenting on events.

So there, go ahead and be a journalist. Have your own opinion. Report from the trial, if you dare. Or at least curse the government when you head to the railway station, but can't even find it. Do not play. They've put up with us enough. It's time we've shut up.