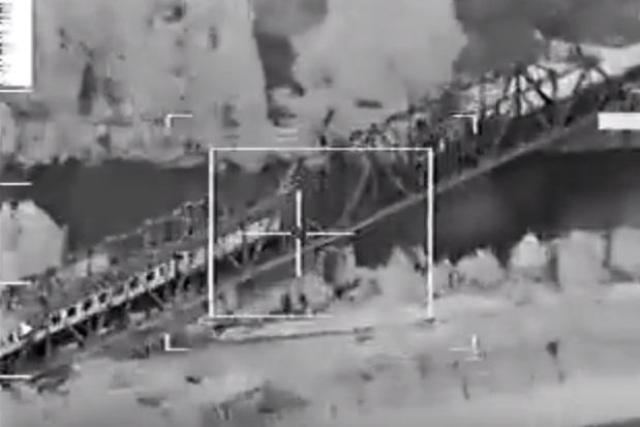 Depleted uranium ammunition was used by NATO during its bombing of Serbia, from March until June 1999.

Laccetti left Kosovo and returned to Rome in July 1999. The task of his service was to provide assistance to the population in Kosovo and Metohija. He told the Belgrade daily that he often inhaled dust and particles immediately after an air strike.

Laccetti said he started experiencing breathing problems as early as November of the same year, and was diagnosed with "a giant tumor" a the end of December.

"I was hospitalized on January 1, while a biopsy sample was taken three days later. The diagnosis was a most severe form of neoplasia - non-Hodgkin lymphoma," Laccetti told Vecernje Novosti.

By January 13, the mass closed all functions in his neck and began to press on his heart. After the biopsy, he started chemotherapy and radio therapy, to which he reacted well, with the tumor decreasing by 95 percent.

"Five percent of the tumor remained, and now I am under constant control, because a mass, literally 'round ceramics', has been found in the tumor, the consequence of radiation and high temperatures that develop during depleted uranium missile explosions, which is known to belong to nuclear technology," Laccetti said.

He added that he also has serious problem with his joints and bones. One of his hips has been replaced with a prosthesis, while he is also experiencing problems with his elbows and shoulders. "I may have to have surgery on my other hip as well, and have a prosthesis put in," Laccetti said.

After a long legal battle, a court of Rome in 2009 gave Laccetti the status of a "victim of duty" - while the cause of his health problems was found to have been exposure to ionizing radiation. He received partial compensation only in 2012.

Similar demands by other soldiers who fell ill and families of the victims did not go smoothly, writes the newspaper. Founder of the Military Observatory Domenico Leggero announced on March 24, 2009 that at that time, there had been 2,588 Italian soldiers who fell ill due to exposure to depleted uranium, and that 171 of them had died.

Only after more than nine years after the bombing in Kosovo and Metohija, public protests, court appeals, and the findings of a commission established at that time, the first 30 million euros were given as compensation to the victims of depleted uranium.

According to the latest data, more than 359 Italian soldiers have died and more than 4,000 have fallen ill since 1999 from exposure to depletion of uranium, a large number of whom had been deployed in Kosovo.

41-year-old Giuseppe de Biasi, is the latest victim of cancer from the ranks of the Italian military, who fell ill due to exposure to depletion of uranium. De Biasi had been deployed in Bosnia-Herzegovina (1999), in Kosovo (2003), Afghanistan (2010) and Lebanon (2012), Vecernje Novosti is reporting.