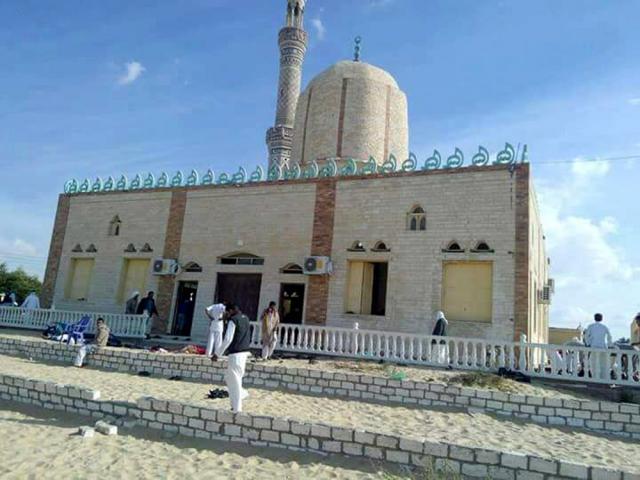 "It was with grief that we received news that a new attack in your country took innocent lives and warned us that hatred and violence are omnipresent in today's world. This tragic event reminded us once again that it is our responsibility to protect even more the civilization values and the basic human right to life in a free world," the prime minister said, and added:

"On behalf of the government of Serbia and on my own behalf, I extend my deepest condolences to the families and friends of the fallen, as well as a quick recovery for those injured."

"Accept my deep condolences on the occasion of the outrageous attack on the Al-Rawdah mosque in Bir al-Abd, when a large number of people died. This tragic event is sending a strong message to the world that we must be more united and stronger than ever before the challenge and the cruelty of terrorism, which we are facing," Vucic said in his message to Egyptian President Fattah el-Sisi, and added:

"Although it is hard to find words of solace in such tragic moments for those who lost their loved ones, please convey the sincere sympathies that I send on behalf of citizens of Serbia and on my own behalf, to the families and friends of the victims, as well as to citizens of Egypt. At the same time, please convey my best wishes for their speedy recovery to those who have been injured."

An explosion and a gun attack near an Egyptian mosque on Friday morning have left at least 205 people dead and more than 100 others injured, Egypt's state television reported on Friday afternoon.

The attack happened during Friday prayer.

Earlier, Egypt's minister of health said they feared that the number of victims would grow.

Also earlier in the day, RT reported, citing Reuters and Egyptian media, that eye witnesses said the explosive device was detonated next to the Al-Rawdah mosque in Bir al-Abd, and that those fleeing the mosque were then attacked by gunmen - about 40 of them.

As of Friday afternoon, nobody claimed responsibility for the massacre. The BBC is reporting that "people who support Egypt's security forces" were targeted.

Later in the day, Reuters reported, citing security sources and eyewitnesses, that Egypt’s military begun conducting air strikes in North Sinai "where militants are believed to be hiding out."