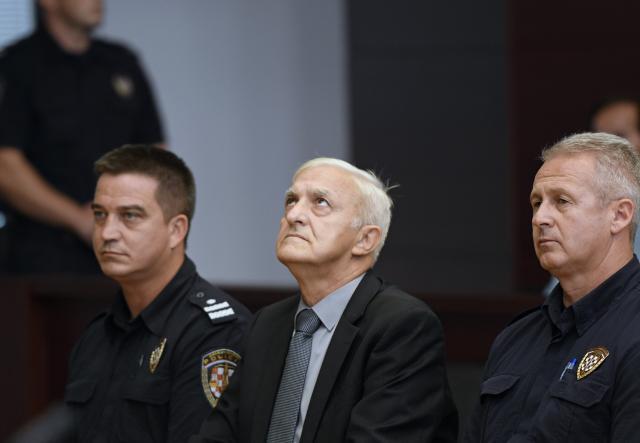 Vasiljkovic was found guilty on two counts of the indictment against him - abuse of prisoners in the Knin Fortress, and attack on a police station in the town of Glina.

Last week, during the closing statement of his defense, Vasiljkovic rejected as false all allegations from the indictment. "The crimes referred to in the indictment have neither been committed by me, nor have they happened," he said.

He described the entire legal process against him as "obsessive fascist persecution" - while at the beginning of the trial last year, he said he saw himself as a defender of his homeland, (former) Yugoslavia, rather than as an aggressor.

Vasiljkovic's defense argued that he was not given an impartial and fair trial before the Split court, and that, as a Serb, he was treated "differently" on account of his ethnicity.

The prosecution, on the other hand, claimed that it managed to - during the trial that heard several dozen witnesses - prove all the charges brought against Vasiljkovic, i.e., that he, as the commander of the Special Purpose Unit within the paramilitary units of the self-proclaimed SAO Krajina, committed war crimes in 1991 in the Knin prison, as well as in 1993 in Bruska, near Benkovac, where he "tortured, abused and killed captured members of the Croatian army and police."

The indictment also accused Vasiljkovic of planning an attack on the police station in Glina in 1991, together with the commander of a Yugoslav People's Army (JNA) tank unit, and that during the attack, civilian structures were damaged and destroyed, the Croat population forced to flee, while property was looted and civilians killed and wounded.

Among the victims was German journalist Egon Scotland, who died in 1991 at the entrance to Glina.

The County Prosecutor's Office in Split filed an indictment against Vasiljkovic in early 2016, nearly half a year after he was extradited by Australia to Croatia, after spending a decade hiding.

Vasiljkovic used the name Daniel Snedden and lived in Perth, Australia, where he worked as a golf coach. Vasiljkovic is a citizen of Serbia and Australia.