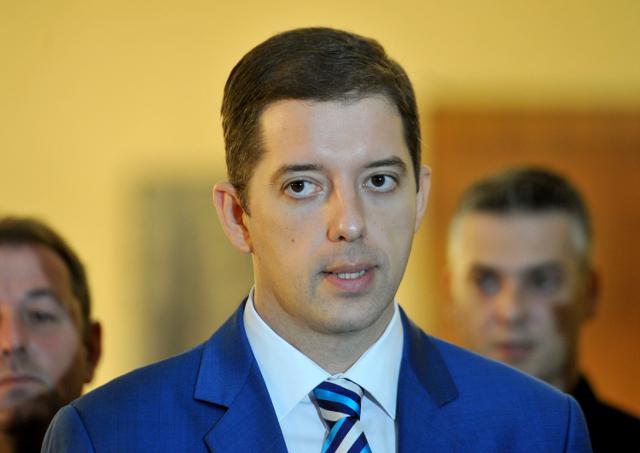 In a statement, cited by the Serbian government's website, Djuric said that "the last of these war conflicts, in Kosovo and Metohija, was specific because a large number of people went missing precisely before the eyes of international forces which came to the territory of the southern Serbian province to prevent bloodshed, but did not know or did not want to stop the massacre that continued days and weeks after their deployment."

He said that around 5,800 people disappeared during the war conflict in Kosovo and Metohija, the fate of 1,658 has still not been cleared up, and among them there are 540 Serbs and other non-Albanians.

"On this day, however, I do no want to separate victims into Serbs and Albanians, he said, because if there is anything that links these two peoples in Kosovo and Metohija on this day then that is inconsolable pain due to the loss of so many lives. This pain cannot be healed either by ignoring it," or by hate or dreams of revenge, he added.

According to Djuric, those who really care about the peace and reconciliation will do everything to clear up the destiny of even the last victim of the war in this territory, because the common ability to fulfill that duty also reflects the ability to prevent the deepening of hatred and new deaths.

He "underlined that Serbia is undoubtedly ready to do everything so that this open chapter of conflicts in the former Yugoslavia be closed, because until that happens those conflicts will not really end," the Serbian government said.

Djuric "added that he also expects an equal seriousness and dedication to this goal from all those with whom Serbia is building peace in our region today."