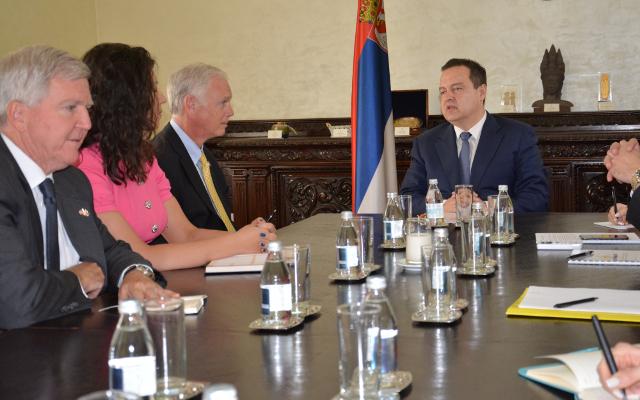 "On this occasion, Dacic pointed out that in this light the support of the United States is also important and expressed interest in further developing the positive dynamics of bilateral relations in the future," the statement said, and added:

"Senator Johnson, who is on a visit to Belgrade, pointed out that Serbia is one of the most important countries in the region and that the United States wants to support it in its efforts to achieve a stable and prosperous society."

The interlocutors "noted that the visits of US officials are significant for further improvement of political dialogue and expressed interest in further intensifying the mentioned dynamics."

On Tuesday, the US official met with Serbia's President Aleksandar Vucic.