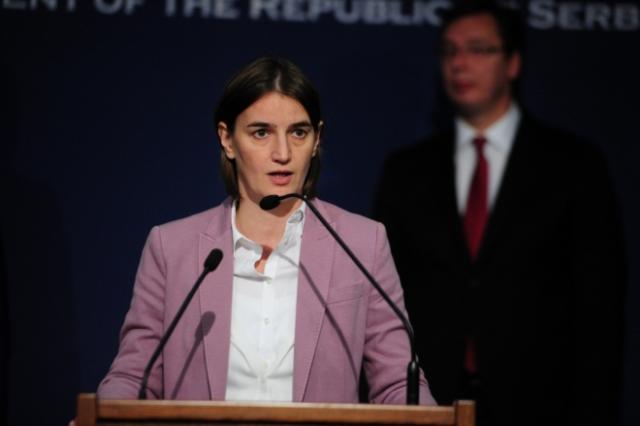 The magazine adds that Brnabic will also be the first openly gay person to hold that office - "which sounds like science fiction in a relatively conservative country like Serbia" - and, in addition, she has "partially Croatian roots" - but is not "Croatian in the full sense of the world, like Croatian media have been reporting these days."

Globus further writes that interlocutors in Belgrade, "even those who don't particularly like Vucic," thought his decision to pick Brnabic was "masterly."

The article then delves into Brnabic's origins, and quotes her "acquaintances and friends" who said that her "real homeland is after all Serbia, not Croatia," and adds that her ties to Croatia amount to one quarter of her roots, "speaking mathematically precisely."

Namely, Brnabic's paternal grandfather Anton was a Croatian from the island of Krk, who joined Partisans during the Second World War and went on to serve as an officer in the post-war Yugoslav People's Army (JNA).

The family, the article continues, never lived in Croatia, but spent summer vacations on Krk - except during the war in the 1990s.

Belgrade-based magazine Nedeljnik on Thursday reported the same, citing Brbanic herself, and added that her mother is a Serb woman whose parents come from the town of Babusnica in the southeast of the country.

As for Brnabic's father Zoran, he "never declared himself on his ethnicity," Nedeljnik writes.

"A good friend" of Brnabic has been quoted as telling Globus:

"Ana is a Serb woman, her homeland is Serbia, and she always stresses that she is a great patriot, which is why she returned to the country after living abroad for six years."

According to the magazine, Vucic "decided to lead Serbia toward the West, and the strongest link on that road will be precisely Prime Minister Ana Brnabic, if elected in parliament."

"With Brnabic Vucic is buying time on his road, i.e., the road of Serbia toward the Wet, that is, toward international, Western integrations. But he won't be able to keep buying that time indefinitely - that can only last until a certain point in time when Serbia will have to say definitively where it really wants to go: toward the West or toward the Wast. Ana will sincerely steer the ship of Serbia toward the West," Globus writes, quoting "an interlocutor from Belgrade."