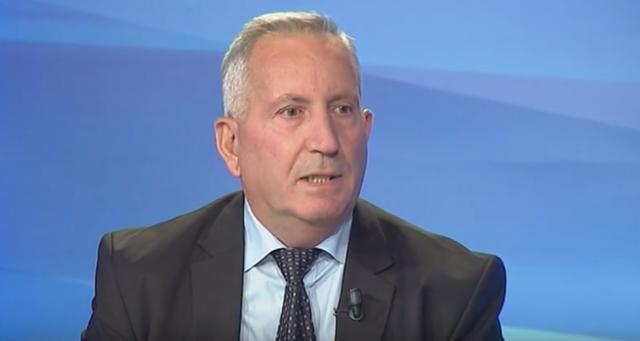 Jonuz Musliu, an ethnic Albanian politician and mayor of the Bujanovac municipality in the southern part of central Serbia, previously said that "a union of Albania and Kosovo is senseless without the Presevo valley, without Medvedja, Bujanovac and Presevo - now is a key moment for Albania and Kosovo to show Serbia that this is a part of Albania that must not be touched."

Reacting to this, Dacic said that Albanian politicians are becoming "the main threat to peace and stability in the Balkans and Europe."

"The coordinated statements of Rama, Thaci and Musliu show that a Greater Albania is the objective of all Albanians. Today Musliu added Nis (a town in southern Serbia), tomorrow it will be Skopje (in Macedonia), Ulcinj (in Montenegro), Epirus (in Greece). Will the EU, US and Great Britain say something? If they do not do so this time, when a Greater Albania has reached Nis, they will be directly responsible for the consequences," Dacic said.

He said that Albanians "need to chose their words carefully, as their protectors who bombed Serbia (in 1999) so that they could snatch Kosovo away from Serbia are not on the international scene."

"That will never happen again. Serbia is not provoking anyone, but it does not fear anyone. Luckily, all of this is mere dreaming. However, experience has taught us that the road leading from a dream to a nightmare is short," the minister said.

Earlier in the week, Albanian Prime Minister Edi Rama would not rule out the possibility of "a union" between his country and Kosovo if Western Balkan countries lost their chance to join the EU. This was followed by a similar sentiment expressed by Kosovo President Hashim Thaci.

Musliu joined them on Thursday, telling Albanian language agency Presheva Jone that he supported Rama's and Thaci's statements, but that "there can be no Grater Albania without Nis."