"If you go on, we'll shut it down, otherwise it will cover Germany, Poland, Slovakia"

A representative of the Russian Ministry of Defense announced today that the Zaporozhye nuclear plant could be shut down if Ukrainian forces continue shelling. 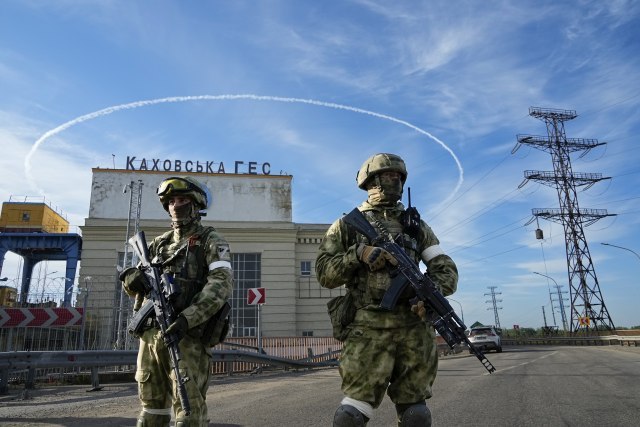 A representative of the Russian Ministry of Defense announced today that the Zaporizhia nuclear plant could be shut down if Ukrainian forces continue shelling. This information is strongly denied by Kyiv.

Chief of Russian Radiation, Chemical and Biological Protection Force, Igor Kirillov, said that the Ukrainian attacks damaged the nuclear plant's support systems, and that in the event of a nuclear accident, radioactive material would cover Germany, Poland and Slovakia, Reuters reported.

Kirillov also said that the actions of the Ukrainian armed forces on the territory of the nuclear plant could lead to a situation similar to the nuclear accident in Fukushima, Japan, TASS reported.

The Spokesman of the Russian Ministry of Defense, Igor Konashenkov, made claims today that the Ukrainians are planning to carry out artillery attacks on the territory of the Zaporizhia nuclear power plant from Nikopol tomorrow.

According to Konashenkov, the Ukrainian leadership has repeatedly spread rumors that Russian troops have occupied this nuclear power plant and are shelling the Armed Forces of Ukraine from long-range artillery systems, covering themselves with nukes, reports Sputnik.

"We draw attention to the fact that the Russian troops do not have heavy weapons either on the territory of the station or in the surrounding areas. There are only security units there," the spokesman pointed out.

He added that the Armed Forces of Russia are taking all necessary measures to ensure the safety of the Zaporizhia Nuclear Power Plant.