EU capital on fire: 50.000 people from several countries in front of EU institutions

50.000 citizens gathered in Brussels for pan-European demonstrations against measures taken by member state authorities to crack down on the COVID-19 pandemic. 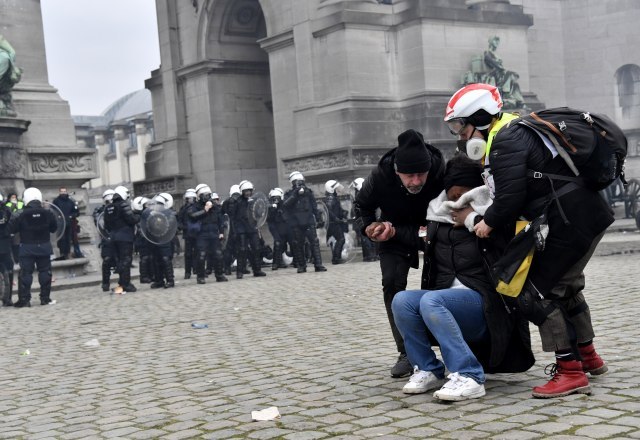 Although the demonstrations were announced as peaceful, in the end, the police intervened, using tear gas and water cannons against those gathered.

The organizers of the protest are the association "United Europeans", in cooperation with the movement "Demonstrations around the world for freedom", with the participation of 600 local European organizations, they say that these are not political protests or protests against vaccination, but to which the authorities impose restrictive measures across the EU.

The protesters also arrived in Belgium from the surrounding countries, in the first place France, the Netherlands and Germany, and while walking through the streets of Brussels, they called for respect for freedom, democracy, human rights and the constitution.

From the stage in Sankontener Park, which is located near the headquarters of the most important EU institutions, the protest organizers called for respect for the right of citizens to declare the measures introduced to combat the pandemic and condemned the current policy of adopting health measures primarily on a political level.

Although the protest was approved by the police, and the organizers called on all participants to respect order and peace, at around 2 p.m., tear gas and water cannons were used against the demonstrators gathered in Schuman Square in front of the EU institutions.

After three hours of protests, the guards slowly began to disperse, and police helicopters continue to control the center of Brussels, which is blocked by police cordons.