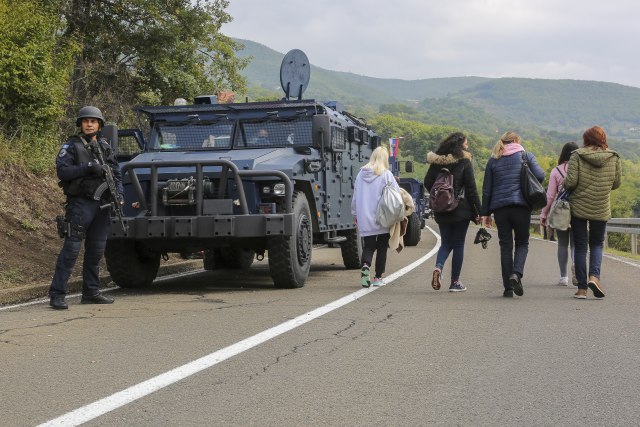 Zakharova believes that this should be done in order to prevent the escalation of the situation towards open conflict.

She pointed out that Russia is worried about the growing tension in Kosovo and Metohija, caused by the irresponsible actions of Pristina.

"It is obvious that the events are developing according to the scenario from bad to worse," Zakharova said in a comment published on the website of the Russian Ministry of Foreign Affairs.

She pointed out that the formation of the Community of Serbian Municipalities, which was conceived as a way to guarantee respect for the rights and interests of Serbs in the province, remains a "dead letter on paper" due to the sabotage of Pristina.

Zakharova estimates that Pristina wants to establish complete control on the territory of the entire province, with the help of the repressive apparatus of the "self-proclaimed state of Kosovo".

She believes that Pristina's actions do not meet with an appropriate assessment or condemnation in Brussels, which is authorized to help in the search for a solution to the problem between Belgrade and Pristina, as well as in Washington.

According to her, NATO forces for Kosovo and the European Union Rule of Law Mission have the necessary mandates to prevent lawlessness, and therefore bear full responsibility for the protection of civilians, ensuring peace and security.

Zakharova pointed out that it was time to put energetic pressure on Pristina in order to withdraw special police units from the north of Kosovo and Metohija and to prevent the escalation of the situation towards an open conflict.