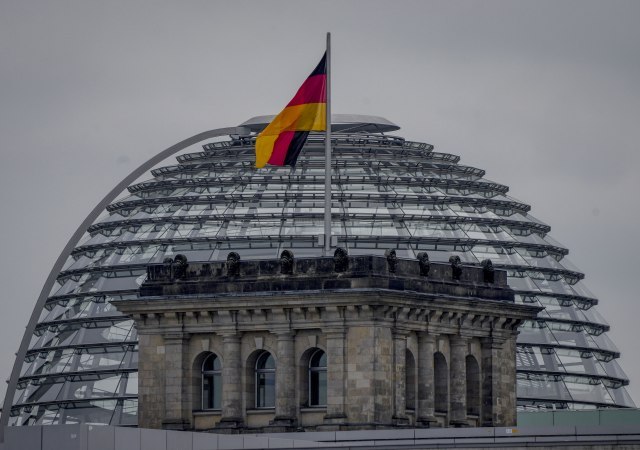 Namely, the long-term political stability of Germany under Angela Merkel, who as an unofficial European leader helped manage a series of political and economic crises on the continent, is over, and after the elections it seems that a weak and compromise coalition will be formed.

In intensive coalition negotiations after the close elections, the four key parties will not easily bridge their differences in both domestic and foreign policy, according to the Financial Times.

The center-left Social Democratic Party (SPD) and the second-largest Christian Democratic Union (CDU) could have a parliamentary majority if they secure the support of the Free Democrats (FDP), a liberal party with a strong free market ethos, and Greens - whose emphasis is on the fight against climate change.

However, the differences between them are not small, the Financial Times points out, stating that the SPD and the Greens, for example, want to increase the minimum wage and introduce a wealth tax - two proposals that the CDU / CSU and FDP reject.

On the issue of foreign policy towards China, the CDU / CSU follows Merkel's policy, which sees Beijing as both a rival and a potential partner. The Greens are much stronger and say they want to hold China accountable for human rights violations in Hong Kong and Xinjiang.

While the CDU / CSU considers it necessary to reform the EU's Stability and Growth Pact into a banking and capital market union, the SPD advocates less conservative fiscal policies while the FDP insists on strict adherence to EU fiscal rules without changes that they say would turn it into "Debt union". The Greens are calling for the reform of the Stability and Growth Pact (SGP) into a permanent investment and stabilization instrument under the control of the European Parliament.

Given the close outcome of the German elections, months of negotiations for the formation of a new government and a new German chancellor appointment could pass - at a critical moment for Europe, which is still struggling to recover from the pandemic, writes the New York Times, adding that Sunday's elections marked the end of the era for Germany but also for Europe.

The paper adds that in the last 16 years, Angela Merkel was not only the Chancellor of Germany, but also the leader of Europe, and that she oversaw the golden decade of the European economy, which increased by more than a fifth, pushing unemployment to the lowest level since the 1980s.

Analysts believe that no matter who becomes chancellor - he will not only have a weaker mandate - but will also spend less time running Europe. "Germany will be absent from Europe for a while," said Andrea Römmele, Dean of the Hertie School in Berlin, adding that "whoever becomes chancellor will probably be much more occupied by domestic politics."

Editors of the Observer also assess that the weak compromise coalition is bad news for Germany, but also for Europe and Britain, which need a strong, reliable partner in Berlin.