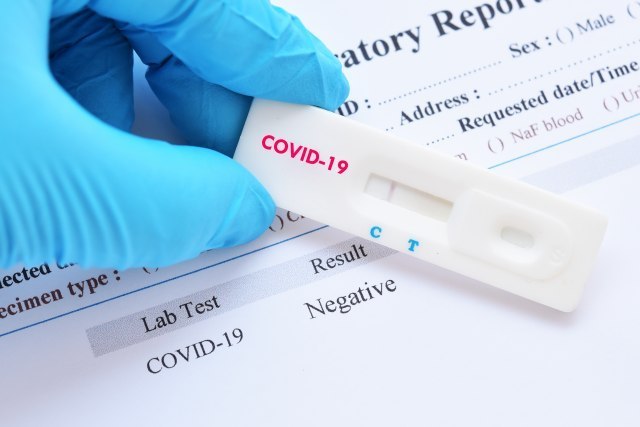 However, critics have argued from the outset that the system is vulnerable to fraud. Now those premonitions have come true.

Since the German government introduced the possibility of free testing for all citizens as one of the measures early in March, testing centers have started to appear all over the country. In addition to pharmacies and doctors, tests can be performed in one of the many centers that are located, for example, in shopping malls, parking lots next to them, in nightclubs or in simple containers near train stations.

Mass testing has become one of the priorities and main mechanisms in combating the pandemic.

The journalists of this team secretly controlled the number of tests performed in several randomly selected testing centers. At a center in Cologne, journalists counted 70 tests performed in one day. The company behind this test center charged the state 1.000 tests for the day. Similar conclusions were reached by following similar centers in Essen and Münster.

An investigation has been launched

Now, after the criticism, the Minister of Health, Jens Spahn, was forced to react.

"Whether it's masks or tests - anyone who uses a pandemic to get rich in a criminal way should be ashamed," the CDU politician explained via Twitter. He added that "it is good that the state prosecutor's office is now involved."

The State Prosecutor's Office for Economic Crime has launched an investigation against two leading persons of a company in Bochum, where false receipts have been established. Spahn announced "random controls" and said that the companies that conduct the tests must keep the documentation until 2024, until when the tests are planned to be conducted.

Wrong picture of the epidemiological situation?

The Cologne Health Office fears that this is just the "tip of the iceberg" and that new cases of miscalculation will soon come to light.

Health services fear another negative effect. Three centers, monitored by a research team, reported 25.000 tests within a week, none of which were positive. After the latest findings on the actual number of people tested, there is a fear that these erroneous data could create a wrong picture of the actual epidemiological situation on the ground.

The Social Democratic Party of Germany (SPD), a smaller coalition partner of the CDU / CSU Union, sharply criticized Minister Spahn for, as stated, "catastrophic management" in the fight against the pandemic.

"After the mask fraud, now there is a scandal with quick tests. Minister Spahn ignored the warnings of the coalition partner that the conditions under which the testing is being conducted are unacceptable," said Carsten Schneider from the SPD.

In recent months, there have been accusations against several members of the CDU / CSU Union that they became rich while procuring protective masks, after which several of them resigned from their political positions. These are commissions of several million euros for mediation in the procurement of masks. This affair significantly damaged the Union in the election year.