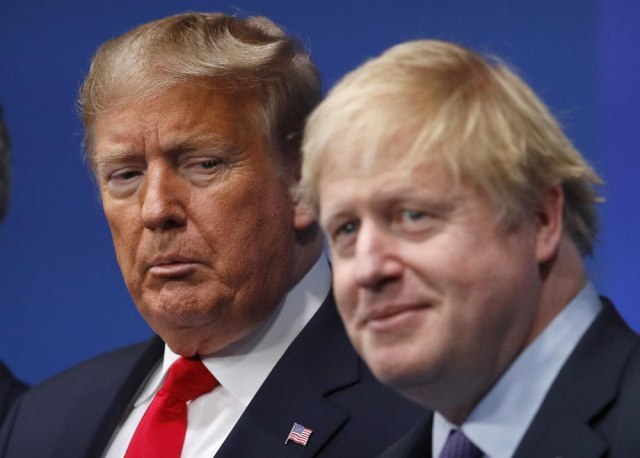 Sputnik recalls that US President Donald Trump, in his manner, congratulated the British Prime Minister on Twitter for a "major" election victory that allowed "Britain and the US to sign a huge new trade agreement" after Brexit.

As the American leader stated, that agreement is potentially much bigger and more lucrative than any agreement Johnson might conclude with the European Union.

Political scientist Aleksandar Pavic sees this message as a continuation of his policy, which, in essence, is opposed to the European Union, because Trump believes that the EU is not an ally of America, but its competitor, so he regards it as such.

"Whatever the US-UK deal may look like in the end, Trump pre-empts that it will be much better for the UK than any agreement they have with the EU. It's simply part of his, so to speak, fight against the European Union. Of course, Trump helps Boris Johnson in some way, because they are allies at a higher level, in the sense that they are both more inclined to some kind of nationalism and sovereignty, and both are considered by the liberal establishment to be populists", Pavic said.

At the same time, Pavic adds, the US President needs to have another success in the election campaign to boast about.

"Following this partial success in reaching the first phase of a trade agreement with China, as well as the recently ratified new agreement between the US, Canada and Mexico, if Trump can show that he has also been able to reach a major trade agreement with the UK, this is something that he will, surely, be able to put to good use", Pavic observes.

So, as Pavic points out, US President will make use of something nice and something useful in the same time. "It is nice that the European Union will be weaker as an important country has left the EU, and it is useful that he will be able to present it as his success. Moreover, he will also be able to help his friend Boris Johnson, at least rhetorically, in political struggles within the UK itself”, Pavic concluded.