One of Kosovo's most extreme lobbyists has been targeted by fierce criticism of US Secretary of State Mike Pompeo, "Vecernje Novosti" wrote today 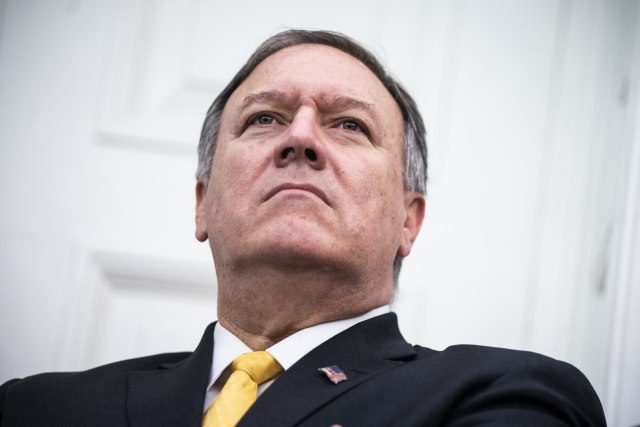 The lobbyist in question is the creator of lies about the alleged rape of 20,000 Albanian women during the war in Kosovo - US Congressman Eliot Engel.

Although the conflict initially stemmed from a request for impeachment of US President Trump over the scandal involving Ukraine, the conflict between Pompeo and Democrat Engel practically reveals "dirty methods" used by Albanian lobbyists for years, assigned to some key positions in the US administration, according to "Novosti".

The war over foreign policymaking on various fronts, including resolving the Kosovo issue, which has long been smoldering between the State Department and parts of Congress, escalated on Tuesday, in an open letter sent by Pompeo to Engel, and posted on his Twitter account.

Pompeo warned Engel, who is Chairman of the House Foreign Affairs Committee, to stop "intimidating and and summoning State Department professionals to give depositions."

Serbian Foreign Minister Ivica Dacic points out that Pompeo has made it clear that he will not allow bullying of State Department diplomats conducted by Engel.

"When Engel puts such pressure on the State Department, you can only imagine what he is doing to other countries regarding Kosovo. He has received millions of dollars from Pristina and openly lobbies for an independent Kosovo because Albanians in the United States support him and vote for him. On the other hand, a US Congressman said that the Serbian diaspora is the best because it does not ask for anything in return for its votes. We are fools, voting for someone without expecting anything in return, nobody in the world does that", Dacic said, "Vecernje novosti" reports.