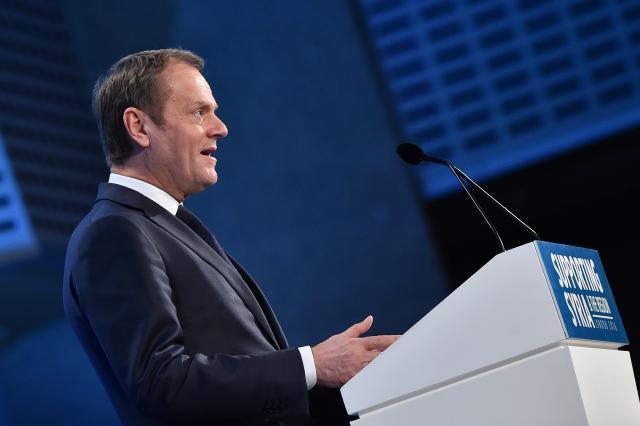 The European Council president spoke on Monday during a meeting of his EPP Christian Democrat group to say that the current generation of EU politicians was responsible for creating "a utopia of Europe without nation states."

"Obsessed with the idea of instant and total integration, we failed to notice that ordinary people, the citizens of Europe do not share our Euro-enthusiasm," Tusk said, and added that "movements and ideas turning against the ideals of a more united Europe are becoming ever more popular," AP reported.

The agency noted that Britain will in June hold a referendum on leaving the EU, while anti-EU parties and movements are strengthening in France and the Netherlands, "and even Germany."

"The specter of a breakup is haunting Europe and a vision of a federation doesn't seem to me like the best answer to it. Disillusioned with the great visions of the future, they demand that we cope with the present reality better than we have been doing until now. Today, euroskepticism, or even euro-pessimism have become an alternative to those illusions," said Tusk.