It will be sunny and warm in Serbia tomorrow, with a light wind, the lowest temperature will range from 14-20, and the highest from 33-36 degrees, RHMZ reports. 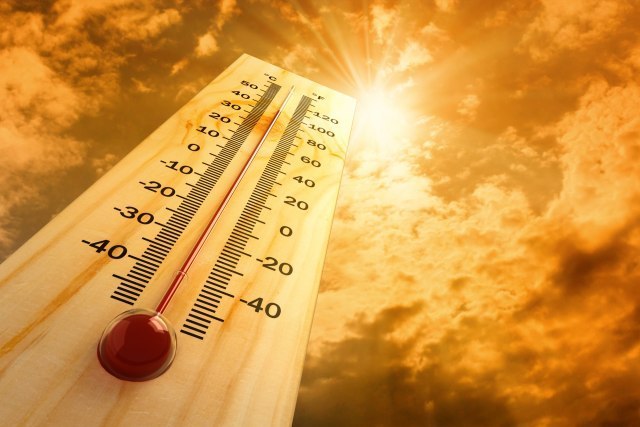 It will be sunny and warm in Belgrade tomorrow as well, with a light wind, with the lowest temperature of 20 and the highest up to 35 degrees.

The next seven days will be mostly sunny and warm, and the temperature will drop slightly, by two to four degrees.

A rare occurrence of short-term showers and thunderstorms is expected from Friday.

The heat wave is not expected to appear on the territory of Serbia in the next ten days, the forecasted maximum values of air temperature are in the "dangerous" category from Friday, July 30 to Tuesday, August 4 on the territory of Belgrade and in the Macva and Pomoravlje districts.

As the "Batut" Institute announced, in most parts of Serbia, the forecasted values are in the category of "potentially dangerous" phenomena from Wednesday, July 29 to Friday, July 31, as well as on Monday, August 3 and Tuesday, August 4.

According to the recommendations of the World Health Organization from the aspect of human health, a heat wave is a phenomenon of at least three consecutive days when the maximum daily air temperature is above the defined critical value.

Due to the high maximum daily air temperature and the very high index of UV radiation, it is advised for everyone, especially heart patients, to reduce physical activity and avoid direct exposure to the sun. It is recommended to stay in the shade and air-conditioned rooms, in which the temperature value must not be lower than eight degrees in relation to the outside temperature.