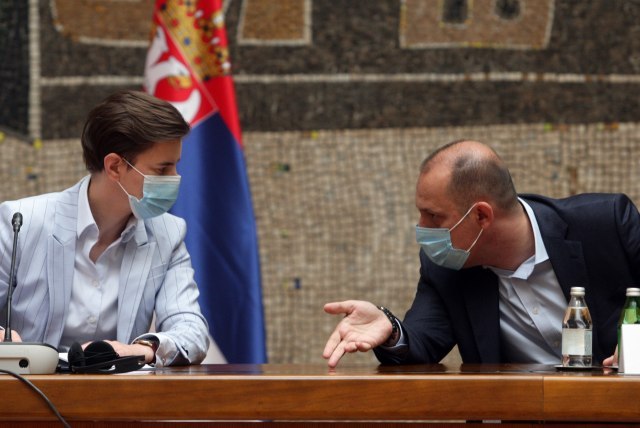 Namely, the Prime Minister of Serbia will, as she herself said, visit Novi Pazar today, together with the Minister of Health Zlatibor Loncar, in order to personally see the situation in that city.

Let us remind you, there are numerous media allegations about the situation in Novi Pazar, from the fact that doctors were attacked, to the fact that the police canceled their obedience. Also, a video about "horrifying conditions" in the Novi Pazar hospital was spread on social networks.

However, is this true and why did Novi Pazar become "chaotic"? TV Prva correspondent Zoran Maksimovic from that city explains that four things led to such a situation among the people of Novi Pazar.

As he says, the first thing on that list is the number of 466 infected in Novi Pazar, which, as he explains, is four times more sick than there were in that city three months ago.

Another thing is the worrying footage on social networks, which states that the hospital in Novi Pazar resembles a "horror movie". However, as the correspondent of TV Prva points out, the doctors gave an explanation for that. At one point, a large number of patients who needed oxygen flocked to the hospital, and there was no more room except in the hospital hallway.

The third thing is, the correspondent of TV Prva reports, that people who were not supposed to be there often entered the hospital, so both positive and negative patients mixed and general chaos ensued. However, a team of doctors from Kragujevac soon arrived and they put the entire hospital under control in 72 hours.

The fourth thing is the discrepancy in numbers, because an increased number of funerals was recorded in Novi Pazar. However, the correspondent of TV Prva notes that such information could not be confirmed even at the Meshihat of the Islamic Community in Novi Pazar.

All that created panic among the people of Novi Pazar, he concluded

Prime Minister of Serbia said yesterday that the Government of Serbia has been providing support to the General Hospital in Novi Pazar intensively since mid last week, but that she wants to see if anything extra is needed that can be done for Novi Pazar.

"In the last 48 hours, we have a huge amount of fake news and misinformation about the situation regarding Novi Pazar, and we want to go there and show what the real truth is, what we have done and what we are doing for Novi Pazar. There is no better way than that", Prime Minister said.

She reminded that experts from all over Serbia were on the ground in Novi Pazar, but also that the situation in that city was very difficult, not only because of health, but also because of the attack on medical technicians from Kragujevac, which is why private security was hired around the General Hospital in Novi Pazar.

"It was tough situation. I see that some are using this for political propaganda, political spins, political attacks, but also for spreading false news and disinformation in general, which makes our struggle and the position of Novi Pazar more difficult," Brnabic said.

As she said, she wants to show with her visit to this city how much she personally supports all health workers, their associates and all those who are struggling to keep things under control.

"It is very important to present the circumstances accurately and truthfully on all the news that is spread on social media. If needs be, I will stay longer, but we have teams of people there who help the director of the general hospital to organize the work process. The situation is much better, but I will see if we need to send additional manpower", Prime Minister concluded.

Loncar: We will make a new decision on public gatherings within 48 hours

The decision on the number of people who will be able to gather in the open or indoors will be made in the next 48 hours, Minister Zlatibor Loncar stated 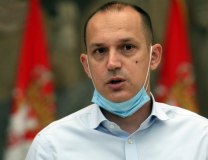