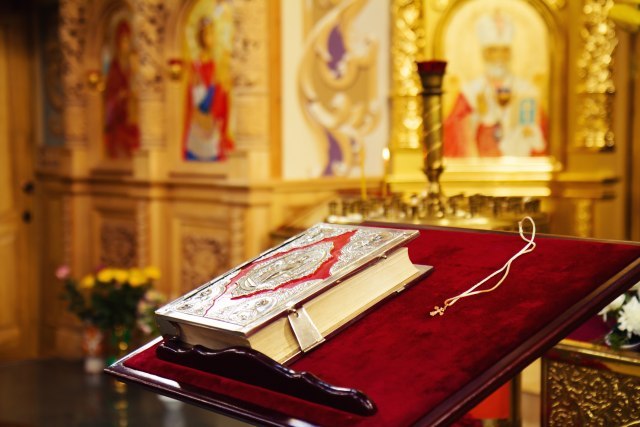 And the Serbian Orthodox Church's position is that Kosovo and Metohija is an integral part of the Republic of Serbia's sovereign territory.

Kosovo and Metohija, a statement issued on Friday said, is defined as such in the Serbian Constitution and in UN Security Council Resolution 1244.

The bishops said that this stance in no way means supporting the idea of a so-called frozen conflict, but instead represents a call to all political actors to continue dialogue, without pressure and blackmail.

At the same time, they voiced their support for any responsible dialogue that should contribute to the rule of law and reconciliation among all peoples living in the territory of Kosovo, as Serbia's southern province.

This dialogue should be led in the context of solving the issue of protection of human rights of people, SPC's freedom to exist and work, institutional and security protection of Serb holy places, allowing the undisturbed return of displaced people, and free access to property to all those to from whom it has been unlawfully seized or usurped.

The statement points out that Serbia's sovereignty and territorial integrity - including Kosovo and Metohija, regardless of the illegally declared so-called "Kosovo state" - is today recognized by the vast majority of humankind, including Russia and China, five member-states of the European Union, as well as the OSCE, UNESCO and other important international organizations.

Therefore, any change in the status of Kosovo and Metohija is unacceptable to the Holy Assembly of Bishops - leading either to recognition of Kosovo as an independent state or to any kind of territorial partition, "without which delimitation is not possible."

Such a solution, the Assembly believes, would inevitably lead to most of the remaining Serbs, who live in majority Albanian areas, leaving, incalculably damaging our spiritual and cultural heritage.

It is pointed out that this is the position of the SPC bishops, and not a political one.

This is the position of the bishops, as a responsible pastoral and historical stance, which stems from the centuries-old struggle of the Serbian Orthodox Church to ensure the survival of the faithful Serb people in their ancestral homes, its holy places - and the will of the vast majority of our people, the statement said.